Schammel gives a tough effort as Packers blanked by Panthers 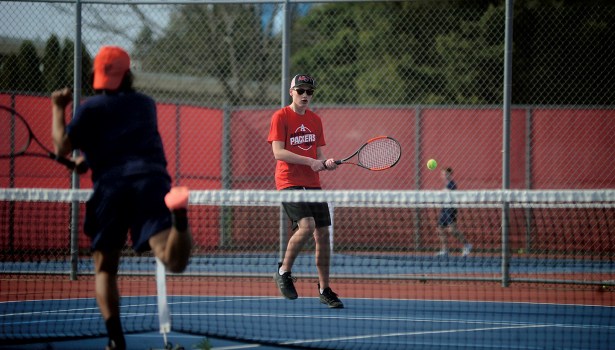 Austin’s Eric Stencl returns a serve in his No. 2 doubles match against Rochester Century in Paulson Courts Saturday. Rocky Hulne/sports@austindailyherald.com 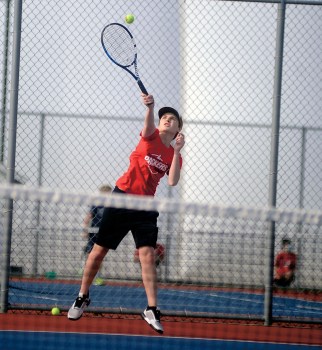 Austin’s Cade Morrison attacks the net in a No. 2 doubles match against Rochester Century in Paulson Courts Monday. Rocky Hulne/sports@austindailyherald.com 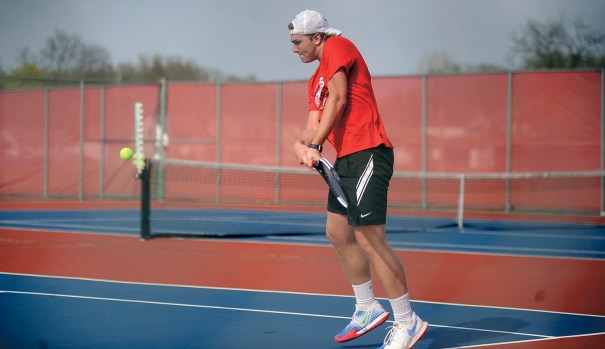 Austin’s Joey Schammel lines up a shot during his No. 1 singles match against Rochester Century in Paulson Courts Monday. Rocky Hulne/sports@austindailyherald.com 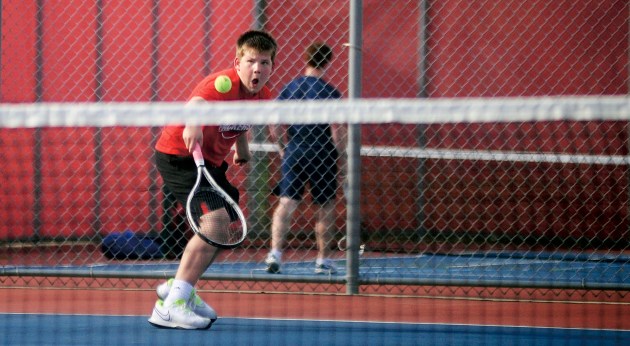 Austin junior Joey Schammel may not have come out on the winning end against Rochester Century’s Joshua Christensen, but he sure had fun trying as the Packers fell to the Panthers (8-1 overall) 7-0 in Paulson Courts Monday.

Schammel is Austin’s only player who played varsity tennis before this season and he’s spent a good amount of his past summers playing against players like Christensen in offseason tournaments.

Christensen bested Schammel 6-1, 6-0 on Monday, but Schammel was happy with his effort.

“We’re pretty good friends and he got to almost every one of my shots,” Schammel said. “I had to be almost perfect on every point that I won. He’s one of the best players in the state and it shows. It’s good competition to go against him and it’s good to play in Southeast Minnesota, because we have some of the best tennis in the state.”

It’s always a tough task to play tennis against the Panthers, but Austin head coach Jeff Anderson liked what he saw out of his team.

“We played well as a team against Century, but they are such a good team,” Anderson said. “Joey Schammel played a very strong match against one of the best high school players in the state and Max Larson played the best match that I have seen him play so far this season.”

Austin (1-5 overall) has an extremely young roster this spring and many of the Packers were a bit wide eyed against the Panthers, but Schammel said he’s already seen improvement in some of his young teammates.

“They’ve gotten a lot better. In a few years, I think we’ll have a pretty good team,” Schammel said. “They’ve just got to put in the time and they’ll grow into pretty good players. It’s been tough in some matches, but we’re competing.”