Turn it up to 11: Manyuon sets three-point record in win over Tigers 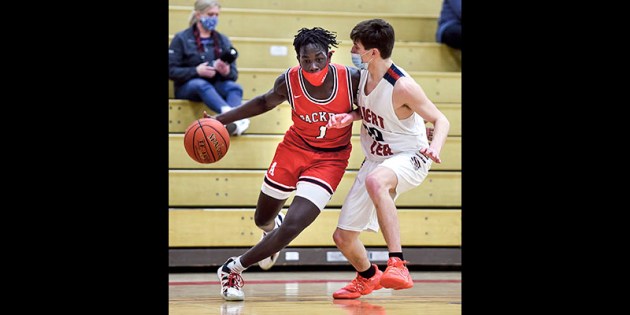 Austin’s Okey Okey drives off the wing during the first half against Albert Lea Monday night in Packer Gym. Eric Johnson/photodesk@austindailyherald.com 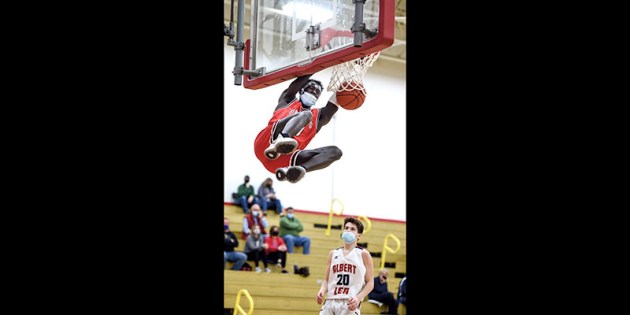 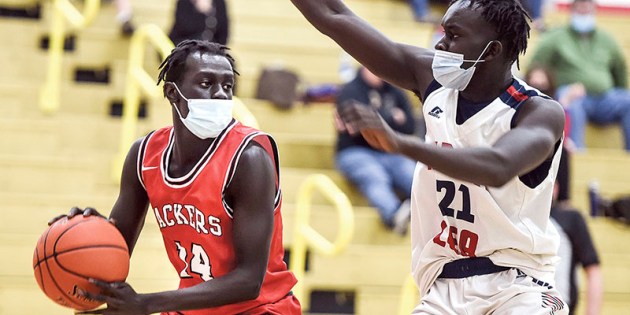 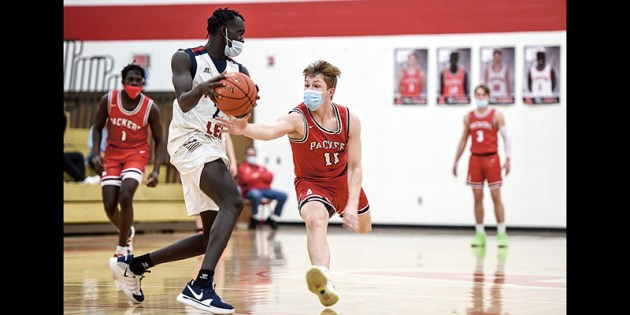 Austin’s Gabe Manahan reaches out for the attempted steal against Albert Lea’s Bhan Kuey during the first half Monday night in Packer Gym. Eric Johnson/photodesk@austindailyherald.com 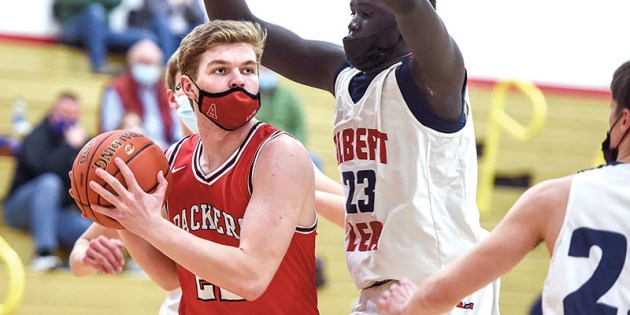 Austin’s Kaden Murley battles inside against Albert Lea in the first half Monday night in Packer Gym. Eric Johnson/photodesk@austindailyherald.com

The table was set perfectly for Emmanuel Manyuon and he was cooking with fire as he set a new Packer shooting standard in a 92-40 win over Albert Lea in Packer Gym Monday night.

Manyuon outscored the Tigers (0-16 overall) all by himself with a career-high 45 points and set a new AHS record with 11 three-pointers in a game.

Manyuon, who added five assists and three steals, hit his record-setting 11th three-pointer with 6:47 left. The shot put the Packers up 83-38 and he watched the rest of the game from the bench.

“Fads told us I was close in the huddle, but I wasn’t really tripping. I was just waiting for my opportunity,” Manyuon, who was 16-for-21 from the field and 11-for-16 on threes, said. “Our whole team was locked in and we’re ready for anything. All we care about is winning and I was hitting my shots.”

Austin was short-handed due to its JV team being quarantined and Victor Idris out with an injury. The Packers dressed just eight varsity players and were playing its third game in five days, ensuring that Manyuon would get plenty of minutes, even when the score was out of hand.

“I felt bad for AL, because we couldn’t play any JV guys,” Fadness said. “We had to play our varsity guys. It was tough. Emmanuel made a lot of shots tonight against a lot of two-three zone. We’re happy for Emmanuel and I’m happy for the guys around him, who were really good about helping him out. We did what we had to.”

“When he hit his fifth three, I knew it was going to be a crazy night,” Duop said. “All he was doing was hitting threes. I don’t think we played that well in the first half, but Emmanuel was just playing hot and he was keeping us in the game. He was awesome.”

Manyuon hit four three-pointers in the first four minutes of the game to give the Packers a 15-6 lead. He added four more treys in the first half to give him 33 points at halftime. Those points all came in a 15-minute stretch of the first half. Manyuon mixed in a pair of transition scores and a driving lay-up.

The previous record for three-pointers in a game by a Packer was 10 and was set by Austin grad Medi Obang.

Manyuon was in attendance for that game and now he’s surpassed the player he once cheered for from the crowd.

“It’s really cool,” Manyuon said. “Those guys paved the way for us.”

Austin (14-2 overall) will be without it’s JV players for at least two weeks as they have been quarantined. That means the Packers will have a short bench for at least the first two games of the Section 1AAA Tournament which begins next week.

“We have to really focus and we don’t really have a bench right now,” Duop said. “We’re going to have to lift each other up.”