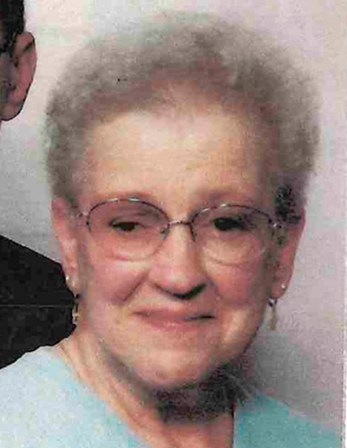 Rosetta Louise was born Aug. 18, 1940, in Austin to Henry and Bertha (Norton) Bonnes, Rosetta graduated from Austin High School in the Class of 1958.

On Jan. 31, 1958, Rosetta united in marriage to James W. Herplinck in Austin. Two children were born to this union, Peggy L. Herplinck and James G. Herplinck. The couple later divorced.

Rosetta worked at the Hormel office in Austin for many years,

Rosetta was preceded in death by her parents, Henry and Bertha Bonnes; her husband, Ken Smith; her son, Greg Herplinck; and Ken’s son, Kent Smith.

She is survived by daughters Lucinda Smith of Plattsmouth, Nebraska, and Peggy Herplinck of Mankato, Minnesota; sisters Bertha (Ron) Ross of Austin, and LaDonna Evans of Apopka, Florida; grandchildren, Joshua, Damaen, Deona, Alysia and Eric, along with her great grandchildren, an Aunt Arlene Bonnes, many nieces, nephews, cousins and friends. She was a devoted wife, mother, grandmother, sister and friend and will be dearly missed by all.

Internment will be at Oakwood Cemetery in Austin at a later date.