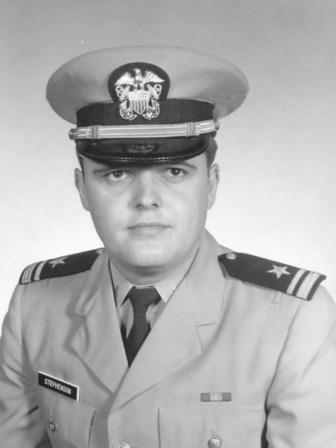 If anyone who knew Rick were asked what popped into their mind when his name was mentioned, it would probably be “Drum Corps”. His journey started with the Austin Lancers (Spamtown Lancers). During his college years at the University of Minnesota, he marched with the University Band and joined the St. Paul Scouts Drum Corps. After college he served as the Air Intelligence Officer with the VF-96 Fighting Falcons Squadron at Miramar, CA and aboard the USS America. He returned to Minnesota after his military service and worked many years at NWNL and joined Minnesota Brass Inc. He also enjoyed playing music alongside many friends in the Johnny Owen Band, Shriners Drum Corps and the Shriner Band. He is preceded in death by parents, Carroll and Ruthie; sister, Sally Johnson; brother, Thomas (Jan); nephew, Jeff Stephenson. He is survived by wife, Reva of 53 years; daughter, Jennifer (Brian) Newlin; son, Andrew (Jennifer); three grandchildren; brothers, Charles (Candy), Mark (Kathy), John (Pam); sister, Pastor Jane Stephenson Harris; nieces and nephews. A celebration of Rick’s life will be at a later date. Interment Fort Snelling National Cemetery.