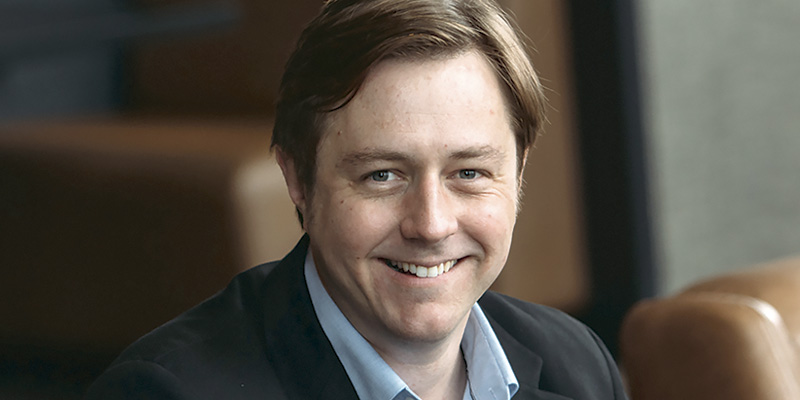 “It takes a village,” is a statement that fits perfectly to growing a community of small business.

It could also be used to describe those that help make it possible for entrepreneurs to cultivate and grow their ideas.

Angel Investors — those people who are willing to put funds behind an idea they believe in. Austin Area Angels is one such group and, since 2019, they have been that village.

“Austin Area Angels is no organization,” said John Garry, executive director of the Development Corporation of Austin. “It’s a network of people. We don’t have a fund. We have people who are associated with each other.”

Austin Area Angels had its start in 2019 following a kick-off meeting. The idea to actually form this group was based on Iowa Countryside Angels based in Iowa.

Phillip Minerich is one of the investors in Austin Area Angles. The concept is simple.

“It just sort of formalizes it,” Minerich said. “Be a little more proactive.”

Part of this formalization also lends itself for more communication between the investors themselves. This network expands the reach of interested parties.

“Investors talk with each other about investment opportunities so they aren’t on their own,” Minerich said.

This foundation reaches past the investors and those in which they are investing. There is a ripple effect throughout the community. It’s a chance for growth that expands opportunity.

This opportunity; however,  isn’t just for the entrepreneurs trying to launch something. Should enough entrepreneurs find success, then those businesses outside the area may see a chance to come into Austin.

“The impact could be that a business that’s located here can grow up here,” Garry said. “They have partners in the area that can support them. Another way we might be able to have a company not in the area move here to be closer and help them launch.”

For this to work, however, there has to be more than just lending the money on the investor’s part. When investors  put their money into a business there is an inherent risk they are taking: a bet that may or may not pay off.

“There’s the selling of an idea and a promise and hoped for purpose to the investors,” Minerich said. “All are well intended, but you vet them. The investors have to do their due diligence to the inventor. You’re giving them money  on the bet they are being successful.”

Austin Area Angels is another step toward creating a successful business community.

“It’s a tool in the economic tool box,” Garry said. “It’s one more thing we can use when economic opportunities arise.”

Sean E. Williams is currently director of entrepreneurial services at Ready in Rochester. Before that, he worked at Launch here in Austin and was on the ground floor of helping get Austin Area Angels off the ground.

But being a small business owner himself, with the graphic novel publishing company Comicker, Williams was aware of the challenges facing entrepreneurs.

That became evident when another idea arose and he began looking to get it off the ground. A bad experience led him to the conclusion that there needed to be a healthier way to get a business started.

“I moved into Launch to run my publishing company,” Williams explained. “In doing that I had an idea for a start-up. I had a pitch and a business plan, but I needed funding in order to move the company forward.”

After meeting with a local investor, Williams was referred to another investor.

“I don’t even think I got to talk to the guy directly,” Williams said. “He expressed his lack of interest and went a step further and said he wasn’t going to tell anybody else in the group about it.”

For Williams, that became a call to action.

“It was a huge opportunity. We have these investors in town. Let’s break down those barriers where everyone can see those opportunities all at once,” Williams said. “Get these ideas out there and potentially get funded.”

Williams explained that there is a mantra to the Austin Area Angels: Do no harm to the entrepreneur. Those words alone express a support structure that is meant to encourage people to bring ideas forward.

At the same time, Austin Area Angels can be a base that encourages not just growth in Austin, but regional growth as well.

It can be a basis for continued growth that loops back to within the community.

“We hope they will come back to the community that supported them and either set up shop here or help the next generation of entrepreneurs down the line,” Williams said.

PROGRESS 2021: Finding a home in Austin