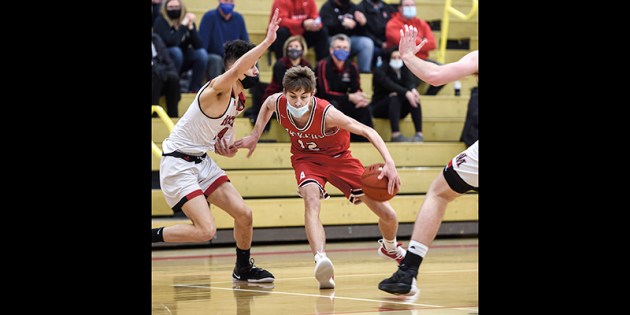 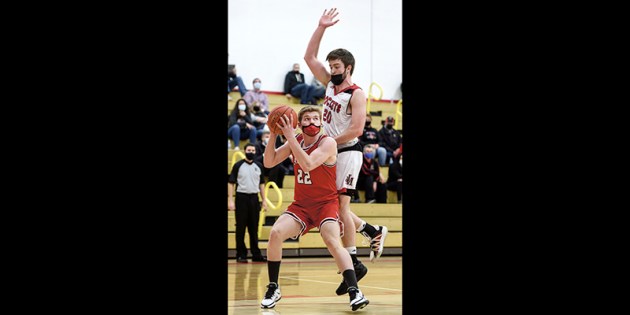 Austin’s Kaden Murley pulls up to shoot under pressure during the first half against Rochester John Marshall in Packer Gym. Eric Johnson/photodesk@austindailyherald.com 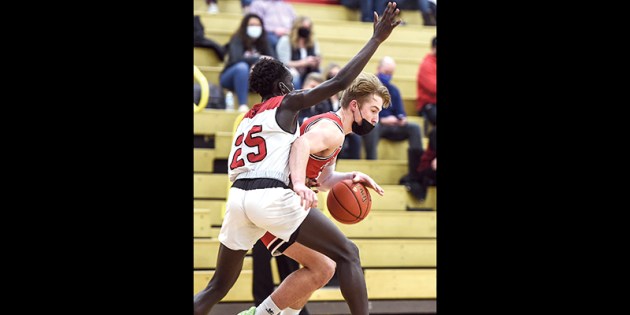 Austin’s Teyghan Hovland tries to work out from underneath the pressure of Rochester John Marshall’s Aballa Bagutti during the first half Tuesday night in Packer Gym. Eric Johnson/photodesk@austindailyherald.com 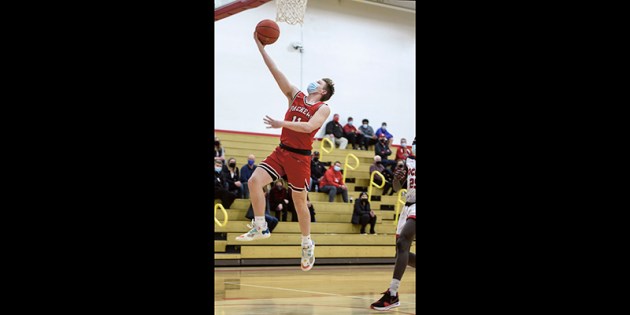 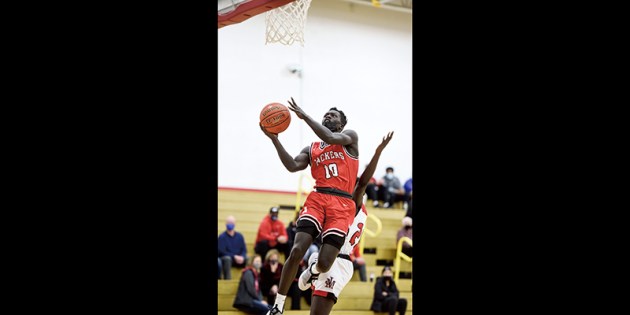 Austin’s Emmanuel Manyuon with the lay-up in the first half against Rochester John Marshall in Packer Gym Monday night. Eric Johnson/photodesk@austindailyherald.com

The Austin boys basketball team put together its sixth straight victory — with the last four coming by at least 15 points — when it rolled up Rochester John Marshall (2-9 overall) by a score of 69-34 in Packer Gym Tuesday.

The Packers opened the game on a 13-2 run and extended that lead to 23-5 after Okey Okey and Jordan Ransom knocked down back-to-back threes that came eight minutes into the game.

Victor Idris dominated the paint for Austin as he put up 14 points, three rebounds and two steals.

“I just do me. I don’t worry about the defense and I just go up strong,” Idris said. “Right now we’re just focused on the next game. We’ve got practice tomorrow and then we play West on Thursday. They’re a tough, physical team.”

Austin’s inside game has come on strong in the last month due to more aggressiveness and a new focus on offense.

“I thought we played pretty well tonight. I was happy with everybody,” Austin head coach Kris Fadness said. “Victor is starting to figure out where he can get his scoring and that’s come with playing experience. In the beginning of the year, we were much more dribble-drive and now we’re using more back screens and that’s setting up the posts. We’ve evolved offensively.”

Austin (11-2 overall) has now held its last three opponents to 34 points or less and the Packers have only allowed more than 50 points four times this season.

Gage Manahan, who had eight points, six rebounds and seven assists, said the Packers have played with motivation ever since their last loss to Mankato East by a score of 68-55 on Feb. 5.

“When we got those two losses, that really hurt me, because I knew we were better than that,” Manahan said. “I think that hurt that team and we took those losses as lessons. We try to get at it every day in practice and games. We play defense first and the offense comes after that.”

The Packers have five games remaining until the Section 1AAA Tournament begins. Austin is in a battle with Byron (10-1 overall) for the top seed.

Due to the pandemic, the Section 1AAA Tournament will be played at the high seed all the way until the championship, making the No. 1 seed vital for a state pursuit.

If no games are cancelled, Austin will have played six games in a span of 12 days before the tournament begins.