Packers hold their own, but can’t keep season alive against Pioneers 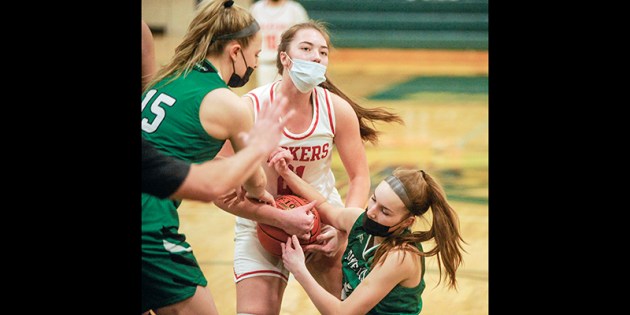 Austin's Reana Schmitt wrestles with Hill Murray's Bella Hartzel for a loose ball in the first half in Rochester Mayo Tuesday. Rocky Hulne/sports@austindailyherald.com 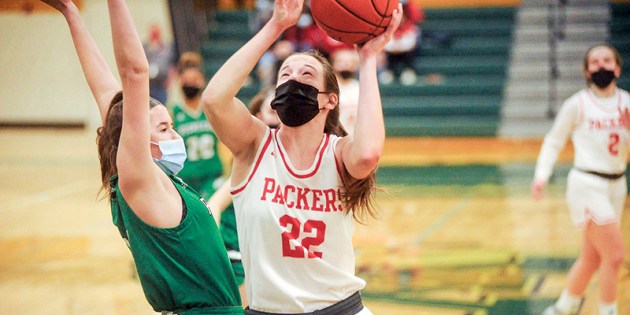 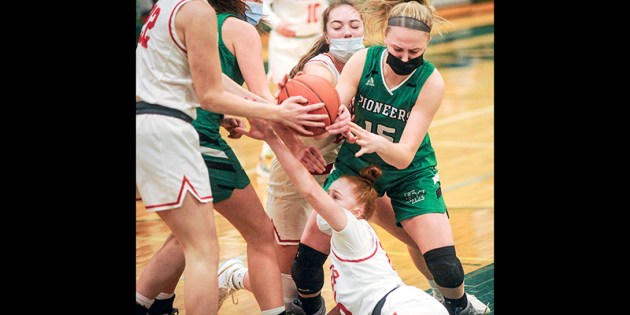 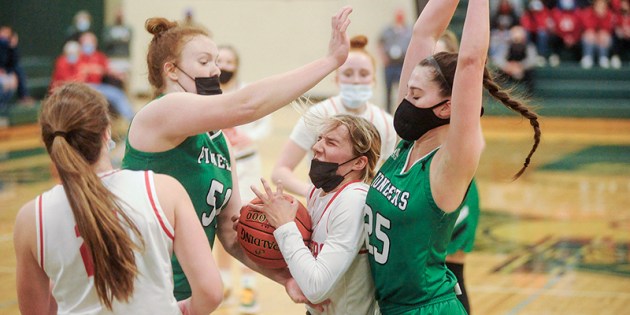 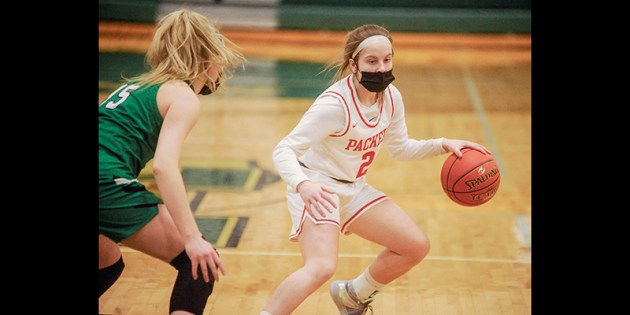 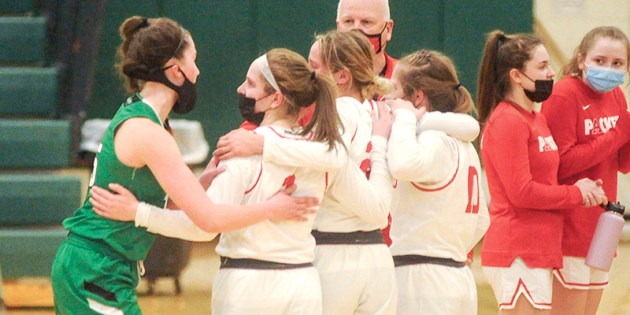 Hill-Murray's Lilli Mackey, who scored 27 points, offers a word to the Packers after the game. Rocky Hulne/sports@austindailyherald.com

ROCHESTER – The Austin girls basketball team hung around with one of the top teams in the state, but its season ultimately came to a close as Hill-Murray beat the Packers 60-47 in the Minnesota Class AAA State Girls Basketball Tournament quarterfinals in Rochester Mayo Tuesday.

Austin got as close as 42-36 in the second half when Olivia Walsh scored to cut the gap with 9:45 left in the game, but Hill-Murray’s Bella Hartzel hit a quick three in response.

Austin’s Cassidy Shute had a three rim out that would’ve cut the lead, but that was Austin’s last real chance to get back in the game.

“These girls gave it everything that they could. This is the number one team in the state,” Austin head coach Eric Zoske said. “We had them early and we came out in the second half with some fire. Losing stinks, but we’ll be able to look back at this year of wild times in a time of masks, and friendships being taken away due to distance learning and this will be one of the most iconic teams to walk the halls at AHS with all that they were able to accomplish.”

Hill-Murray’s Lilli Mackey, who scored 27 points, came out strong in the second half hitting a three and converting a three-point play to put the Pioneers (20-1 overall) up 39-25 with 12:20 left in the game. Zoske was focused on shutting down Ella Runyon and the Packers held her to three points, but Mackey proved too much to handle as she scored 18 in the second half.

“She’s a six-foot guard and I thought we did a good job of her in the first half,” Zoske said. “Our whole game plan was around Runyon and we held her in check. In the second half Mackey just carried them. That one matchup we just didn’t have quite an answer for.”

Hope Dudycha finished with 15 points and four steals for the Packers, who led by as many as six early in the first half.

“We came out and the adrenaline was helping us get into that game,” Hope said. “We just had that slump and it was pretty hard. We gave it our all, but unfortunately it wasn’t enough. We knew it would be a tough game and we had some state experience. It’s another good learning experience and hopefully we can get better.”

That slump saw the Pioneers take advantage of Austin losing its anchor for a portion of the first half. The Packers (11-5 overall) had led 15-9 when Reana Schmitt picked up her second foul with 7:52 left in the half. With Schmitt on the bench, Hill-Murray rattled off 17 straight points to take a 26-15 lead with 1:30 left in the game.

“We played really well early on,” Zoske said. “The girls came out and executed the game plan perfectly and then we had some silly turnovers. Over the course of the game, that 17-point run seemed to be a bit much to overcome.”

After trailing 7-6, the Packers put up six straight points as Elyse Hebrink converted a three-point play and Hope Dudycha hit a three to put Austin up 12-7 with 10:30 left in the first half. Austin took a 15-9 lead on another three by Hope.

While the Packers will miss their lone senior in Hebrink next year, the team has a lot coming back as juniors Hope Dudycha and Emma Dudycha have now played in two state tournaments. Starters Cassidy Shute (sophomore) and Reanna Schmitt (junior) will also return.

Hebrink had eight points, three rebounds, three assists and three steals in her final game for the Packers.

“We’re going to miss Elyse a lot next year. She’s a great captain, a great teammate and she did a lot for our program,” Hope said.