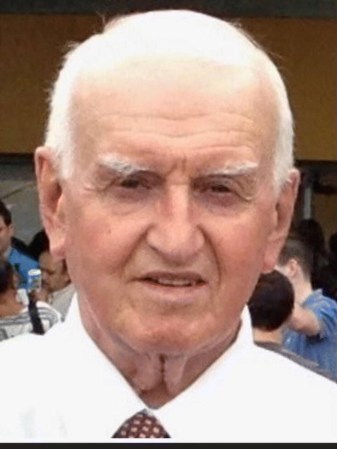 John Anthony Scheid, 86, of Rochester, MN passed away peacefully on February 26th 2021 surrounded by his wife, daughter, and son-in-law in his home in Lee’s Summit, Missouri.

John was born on August 1, 1934 to Emil and Elaine (McDonald) Scheid in Waseca, Minnesota. He graduated in 1952 from St. Augustine High School in Austin, Minnesota. From Austin, John headed to Ames, Iowa to attend Iowa State University. John was a member of Army ROTC at Iowa State and while there, married the love of his life, Helen Combs, in 1955. In 1956, his oldest daughter Laurie was born. Just a few days after her birth, John would walk in his commencement receiving a bachelor’s degree in mechanical engineering.

Upon graduation from ISU, John was sent to Fort Belvoir, Virginia as a Second Lieutenant for his basic training. His next stop was Fort Lewis, Washington after rising to the rank of First Lieutenant and company commander within the Corps of Engineers. His rise to company commander was no surprise to those who knew John; he was an intelligent and effective leader in all areas of his life. During his time in Fort Lewis, John and Helen had their second child, son Jim. John loved his time serving his country and he was deeply patriotic. His patriotism was evident in many ways: he was always deeply moved at the playing of Taps; and took great pride in flying his United States flag as well as caring for the flag every day.

After John’s military service concluded, he began managing Scheid Plumbing and Heating’s operations at their location in Rochester, Minnesota. Rochester is where John and Helen called home for most of their lives. John and Helen had their third and fourth children, daughters Meg and Jane, while in Rochester and raised all four of their children there. Not long after taking over operations in Rochester, John began managing operations for the entire Scheid Plumbing and Heating operation with offices in Rochester and Austin, Minnesota. Scheid worked primarily on commercial projects including hospitals, schools, and manufacturing plants across the Midwest. This work included projects for companies like Hormel, Cool Whip, and Birds Eye Frozen Vegetables among many others. Scheid Plumbing and Heating would later merge with HiMEC, Inc., and it was from HiMEC that John retired in 2000 as a partner.

In his free time, John loved to play and coach baseball. John loved baseball and had an extensive knowledge of the game to go with his passion for it. John came about his love for and knowledge of baseball earnestly; throughout his childhood, his dad was the manager of the Austin Packers out of the Southern Minny League. John loved to travel with the Packers and acted as their batboy. John continued to play and coach baseball for most of the rest of his life. He even played during his time in the Army where some of his NCO teammates were known to cheer, “Hit it with your commission Scheid” while he was up to bat.

In addition to baseball, John stayed involved in his community. He was a proud member of the Sertoma Service Club and the Rochester Quarterbacks Club for dozens of years. John also enjoyed golfing and played with a regular group of friends for many years. His friends continued to include him in Sertoma, Quarterbacks Club and golf even as Alzheimer’s took its toll on John. The faithfulness and love his friends always showed to him was not lost on John, even during his final days.

Above all of John’s accomplishments and activities, he valued his family. He was a devoted father and grandfather who was always supportive and engaged. John attended countless sporting events, dance recitals, rock concerts and anything else in which his family was involved. He loved it all and traveled the country from South Dakota to Missouri to Pennsylvania and beyond to support his family.

John was a great person; he loved, and was loved dearly by, those close to him and he will be missed terribly by so many. He was a man with many accomplishments but was always humble and kind. He had a great sense of humor, and was always ready to entertain with a joke or funny story.

Due to COVID19, A Celebration of Life for John will take place this spring. A private burial will be held at Calvary Cemetery in Rochester.