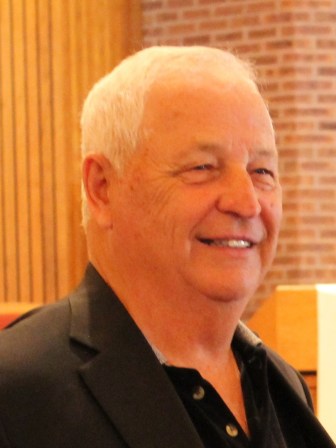 Duane Wigham was a small-town man at heart, who originated from Adams and lived a full life without ever leaving his roots. He was born as an early Christmas present on December 24, 1939. He grew up playing in the pews of Little Cedar Lutheran Church and graduated from Adams High school in 1957. Not long after high school, he married his life-long partner, Meridee Larson on June 29th, 1959. Throughout their marriage, they were blessed with four children, six grandchildren and a climbing number of great-grandchildren. He cherished family time on vacations, fishing trips and family get-togethers.

At his heart, Duane was a man of service. If he wasn’t serving his family or community, he was a steward of the soil. Duane’s involvement in the community was expressed in his assistance at steak fry’s for the Fire Department, his activity in the Legion, a board member of the Little Cedar Lutheran Church, board member at the Adams golf course, alongside many fundraiser efforts throughout the community.

Though devout and passionate about his family and community, Duane’s heart was equally as passionate about his farming operation. He was fortunate enough to purchase his first piece of earth in 1972. Even more to his exhilaration, he was able to till that earth with bright red tractors, as he was an avid Case IH advocate. Same as his tractors, Duane was as firm as ironclad and hard working until his death.

God called home his hardest working farmer. Duane Wigham left his earthly body early Monday morning and will forever remain in the memories of his family and community.

A memorial service will be held at 1:30 pm on Friday, March 12th at Little Cedar Lutheran Church with the Reverend Jeremy Johnson officiating. Interment will follow at Little Cedar Cemetery. Visitation will be at the Adams Funeral Home on Thursday from 4 to 8 pm, and will continue one hour before the service at the church on Friday.