Projected $1.6B surplus shoves aside deficit 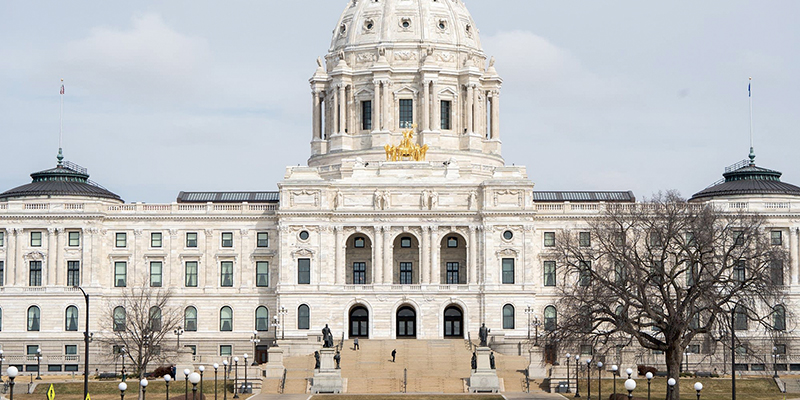 Minnesota’s budget rollercoaster shot up the tracks Friday when state finance officials predicted a $1.6 billion surplus for the coming two years, reversing what had been a projected deficit of comparable size.

This sets the parameters for lawmakers as they build the next two-year budget.

The economic outlook is stronger for several reasons. In December, a similar report estimated a small surplus for the current fiscal year but then a plunge into a $1.3 billion deficit for the next two years.

But state tax revenues are far outpacing prior projections. Spending is down. And the economy at large is on an upswing.

The feared post-holiday COVID-19 surge never arrived, allowing for easing of some precautionary restrictions. And the quickening pace of vaccinations is leading to expectations that more things will return to normal before long.

“This budget forecast is good news for Minnesota. It proves that the measures we took during the pandemic have both saved lives and protected the economy,” said Gov. Tim Walz. “But state projections aren’t the same as household budgets. They don’t reflect the hardship that many Minnesotans have endured over the past 12 months.”

Even this report might not offer the full picture as Congress rushes to approve another massive stimulus package, which will send billions of dollars to local and state governments as well as assistance to school districts. The forecast won’t factor in how big of a share Minnesota will get because the package won’t be finalized for a couple of weeks.

And the Department of Minnesota Management and Budget warned: “Improvements to the economic outlook have not been spread equally as unemployment continues to disproportionately impact lower-wage workers.”

The spending reductions are a result of many factors. Among them are declining enrollment in public schools that mean lower state obligations. The federal government is picking up more health costs, but people on public programs are also accessing less care, which could mean they’re not seeking out preventative services as much.

Taken together, the fiscal developments are sure to stir up the debate over a $50 billion-plus state budget that must be approved before June 30.

Walz, who called for a slate of new taxes to plug the prior budget hole and ramp up spending on schools, will have a chance to provide new recommendations, although he’s not backing off his plan, saying “my budget focuses on leveling the playing field to support working families and small businesses.”

Senate Majority Leader Paul Gazelka, R-East Gull Lake, is equally firm in his stance that taxes won’t be raised. He said Senate Republicans will start work on a tax break for businesses that took out forgivable loans from the federal government during the pandemic. Under state law, that money is considered income.

“All those small businesses that really struggled and were getting Paycheck Protection Program benefits from the federal government, we need to make sure that we do not tax them in the state of Minnesota,” Gazelka said. “We can conform to the federal government. We’re going to do that next week.”

“We clearly have the resources needed to pass our next budget without even touching our budget reserve. This is good news,” she said. “We should use this surplus to help businesses and families that have been harmed by the governor’s shutdowns.”

But some DFL lawmakers want Walz to stand firm in his call for higher taxes on top earners, corporations and smokers. They say it’s about tax fairness and societal opportunity as much as a deficit fix

“If all we do by the end of this session is to balance the budget like a math problem, then we will have let Minnesotans down when they need us the most,” said Sen. Erin Murphy, DFL-St. Paul.

“I don’t think it changes anything,” Winkler said of an improved forecast. “We have significant needs for basic economic security and investing in a Minnesota that will work well and provide prosperity for more people in the future. And we have to keep having that conversation regardless of short-term budget numbers coming out.”