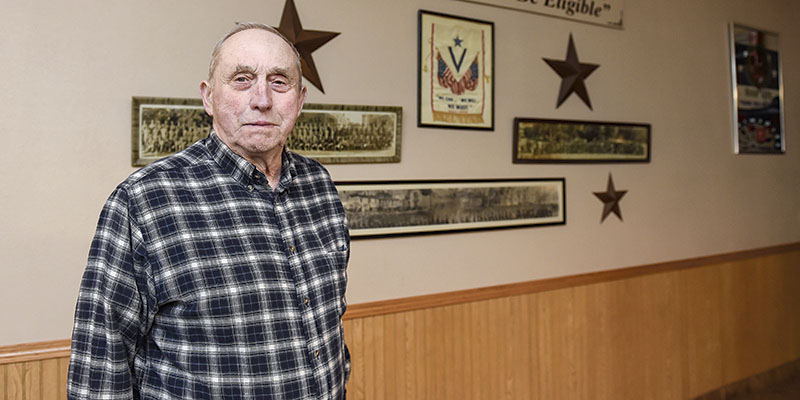 Galen Holst has had a major hand in the Lyle Legion, currently serving as its commander. Eric Johnson/photodesk@austindailyherald.com

Galen Holst has commanded the Lyle Legion for over two decades

To the regulars at Lyle American Legion Post 105, Galen Holst is a familiar face. Having served as the post’s commander for the past 20 years, Holst has seen quite a bit in his time.

Holst served in the U.S. Army from 1964 to 1966. He took basic training at Fort Leonard Wood, Missouri, and was stationed at Fort Sill, Oklahoma, and Fort Riley, Kansas.

During his last six months in the service, Holst was sent to Vietnam, where he served with the First Infantry Division.

“It’s the kind of experience that I have in my mind, but I don’t know how to explain it to people,” he recalled of his time in Vietnam. “I don’t regret going over.”

After his time in the Army was over, Holst joined Lyle American Legion Post 105. According to him, Post 105 was not the first Legion post in Lyle. 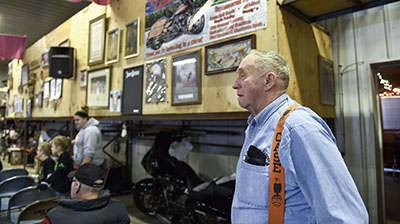 Gerald Holst has been a fixture at the Lyle Area Cancer Auction for years, pictured here at the auction in 2019. Herald file photo

“They originally had a temporary charter from the State in 1919,” he explained. “They kind of disbanded during the Depression, then in 1932, Post 105 was organized.”

Holst’s first stint as commander was from 1970-71. At that time, the Legion building looked quite different.

“When I was first commander, this was the main part of the building,” Holst said of the main hall area. “The bar sat in this room and the bar hours were 2-6 p.m., I believe, and people came to play cards. We had a change; we opened it up for more hours and got a different bartender in here.”

The year 1970 also marked the Lyle Centennial. It was before the celebration that the Legion underwent an expansion.

“In the 1970s, we had our (Lyle’s) Centennial and built the addition on the back where the bar is now,” Holst recalled. “That was all volunteer work; every night, after we would work our jobs, we’d come in here until 10 p.m. working to build, doing this and that. When the centennial came, we had tanks with ice and beer in them. The crowd was so big that we would bring cases of beer in, but by the time you got inside, the beer was gone because it was just so crowded. That pretty much paid for the addition.”

While the American Legion is well known for its charitable donations, the Lyle Legion hosts an annual fundraiser like no other -— the Lyle Area Cancer Auction, which raises funds for the Eagles Cancer Telethon.

Holst was the one who arranged for the Lyle Legion to host the event.

“I got it moved up here and kept it going since then,” he said. “We’ve had the auction in here for years; we’re one of the main things keeping it going here.”

The Lyle Area Cancer Auction has raised over $3 million for cancer research. While the pandemic forced the 2021 auction to be replaced with a drive-thru meal event, Holst said the Lyle Legion still hopes to continue hosting the event for as long as they can.

With all of his dedication to the organization, Holst embodies the ideals of the American Legion.

Bennett: There is a need for transparent process