Katelynn Klouse steadies herself on the bars in a home dual Tuesday night. Rocky Hulne/sports@austindailyherald.com 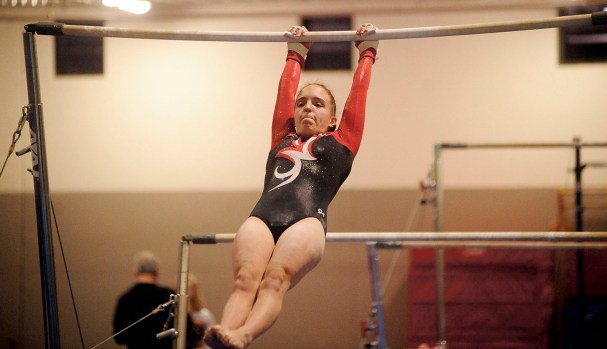 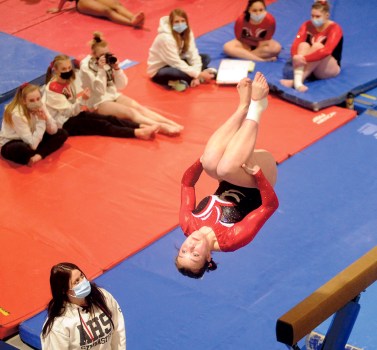 Austin’s Claire Raymond flips off of the balance beam during the Packers’ first ever home meet in the YMCA at the Austin Recreation Center Tuesday. Rocky Hulne/sports@austindailyherald.com

The Austin gymnastics team opened its new venue in style as it beat Winona 129.9 to 128.575 in the first ever meet held in the new YMCA at the Austin Recreation Center Tuesday.

Kate Oehlfke took first in vault for the Packers, Claire Raymond was first in beam and Kiki Rodriguez was first in floor.