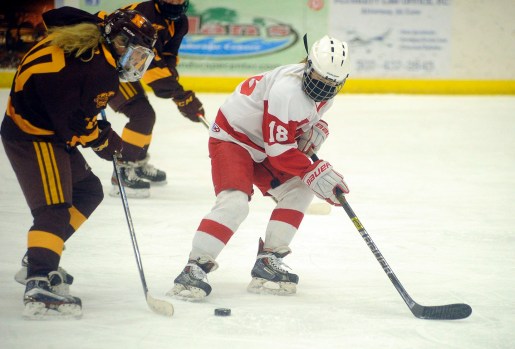 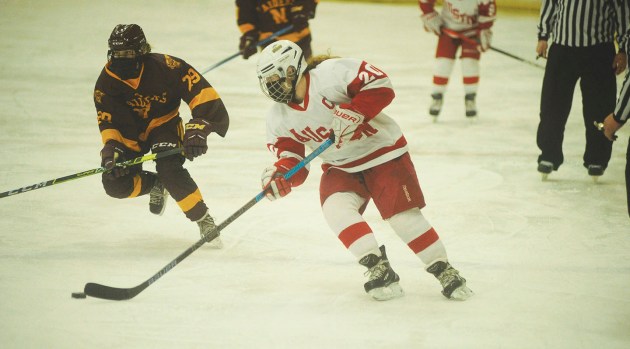 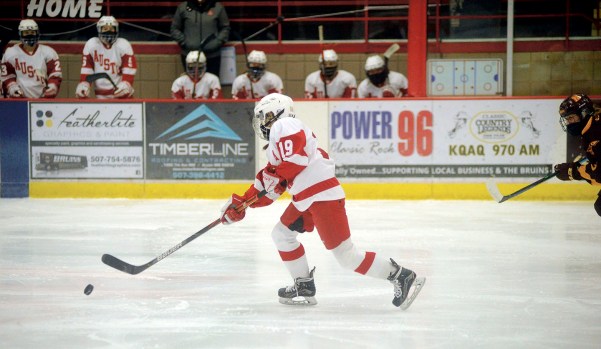 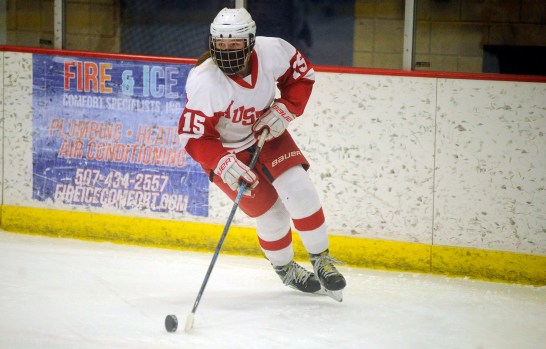 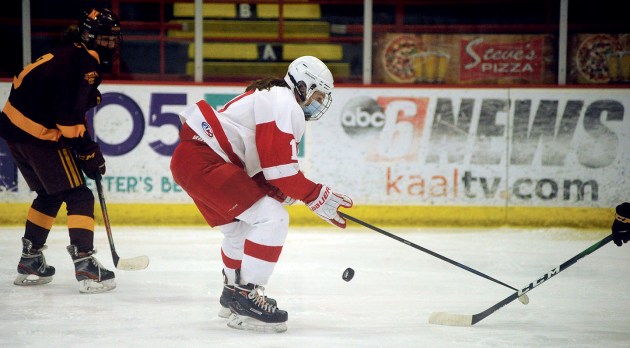 The Packers didn’t have an answer for the speed, size and resiliency of the Big Nine leading Raiders as Northfield controlled things from the start in a 6-0 win in Riverside Arena Tuesday night.

Northfield (6-0 overall, 6-0 Big Nine) all but ended Austin’s chances when Rachel Braun took a loose puck during a Packer power play and skated past Austin’s back line for a breakaway goal with four seconds left in the second period that put the Raiders up 4-0. It was Northfield’s second short-handed goal of the night and its third score of the second period.

“They’re the number one team in our conference right now,” Austin head coach Troy Holtz said of the Raiders. “They’re a great team from top to bottom and their goaltender is definitely the best goalie in the conference. They’re good from front to back.”

Austin has now lost three games in a row by a combined score of 18-4.

“I think we played much better tonight than we did on Saturday,” Holtz said. “If we would’ve brought the effort tonight that we had in Saturday’s game, I think the outcome would’ve been different.”

The Raiders opened the scoring when a clearing pass from Austin took a bad bounce off the boards during a power play. Mya Wesling recovered the puck and slid it past Davidson and a diving Kate Holtz to make it 1-0 late in the first period.

Sarah Wangen nearly gave Austin an early lead, but she was denied on a breakaway attempt by Northfield goalie Maggie Malecha just seven minutes into the contest.

Shelby Davidson had 36 saves for Austin.