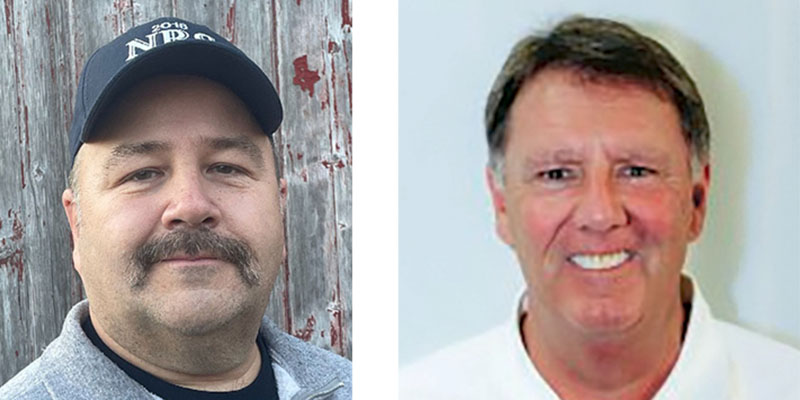 Candidates John Mueller and Tim Duren will be heading into the April 13 special election for the Mower County Board of Commissioners District 1 seat after placing first and second respectively in Tuesday’s primary election, according to unofficial results from the Minnesota Secretary of State’s Office.

Seven candidates filed to run for the seat following the death of Commissioner Tim Gabrielson, which prompted the special election, in November. Other candidates who ran were Mark Lang, Laura Helle, Michael Langstaff, Ric Berg and Arnie Johnson.

“I am humbled and thankful for the tremendous support of the voters in the primary,” Mueller said. “We hope to build on this momentum as we reach out to District 1 residents over the next several weeks in preparation for the April 13 election.

“I would also like to thank all of the candidates that were willing to serve. I want to make clear to their supporters that I would welcome their support and if elected on April 13. I will do my best to represent all District 1 residents regardless of who they voted for.”

“As far as advancing, I am really excited for the next couple months and the challenge of running the race; more than excited, though I am humbled and so grateful for this blessing and opportunity,” Duren said. “It feels great to know people made a commitment to venture out on a not-so-nice day with sub-zero temperatures specifically to vote in this election. Local government is alive and well!”

The results will be officially certified on Friday, Feb. 12.

Both candidates are now focusing their efforts on the April 13 election.

“When I take the time to reflect, I can’t say enough good things about the people in this community,” Duren said. “Mower County is changing, growing, moving forward and thriving. I will work hard to make sure Mower County is a place we can all be proud of and excited to live in. I sincerely appreciate any opportunity to discuss the issues with anyone who is interested, and more than that, I appreciate the support.”

“With communication and understanding, we can work together to do good things in Mower County!” Mueller said.