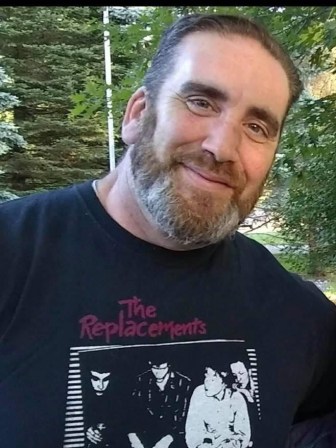 Mark James Austin was born on May 6, 1966 in Charles City, Iowa to Ardyce and James Austin. He graduated from Nashua High School, being a star athlete and helping his basketball team win the State Championship in 1985. He always downplayed his skills and talent – that’s who Markie was.

Mark attended Luther College in Decorah, Iowa before moving to Rochester, Minnesota. He began working for HyVee, and also bartended at Red Lobster. That is when the love story began! Being the gentleman he was, he asked Janet, “would it be ok if I ask you out sometime?” They were forever grateful to all of their friends who set them up! Mark and Janet married on October 26, 1996 in Austin, Minnesota. Mark welcomed Janet’s two young boys, Aaron and Mitchell Mealy, and they embraced Mark into their lives. Mark and Janet welcomed into this world their baby girl, Claire; she had her daddy’s heart! He loved his family with all his being, and brought so much laughter and love into life!

Two beautiful grandkids blessed his life, and he continued to teach them what love is, how to laugh, use their imagination, and most of all to be humble.

He was preceded in death by his mother and stepfather, Ardyce and Eli Poe; grandfather and grandmother, Merle and Adele Austin; and father-in-law and mother-in-law, Robert and Kayoko Yauger.

Funeral services will be held at 2:00 p.m. on Monday, March 1st at Clasen-Jordan Mortuary with the Reverend Jeffrey Forbes officiating. Visitation will be at the Mortuary from 5:00 to 7:00 pm on Sunday, February 28th and on Monday for one hour before the service. Interment will be in Oakwood Cemetery.

There will be no reception following the service due to Covid-19 precautions.