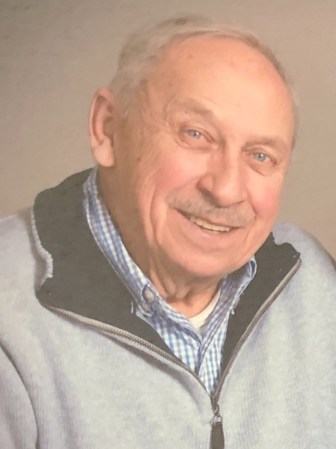 Leroy “Zip” Zipko died in hospice on February 23rd from complications resulting from cancer. He was 79.

Leroy was born on April 12, 1941 to John and Blanche Zipko in Haverhill, MA. He served in the Army during the Vietnam War. He was an award-winning journalist for the Haverhill Gazette, starting out first as a copy boy and eventually becoming a police reporter. He truly loved covering things that happened in Haverhill, his hometown.

After moving his family to Austin, Minnesota, Leroy started another career as a skilled and beloved salesperson for Mower House Printing and eventually the Smythe Companies in Saint Paul. There he worked closely with customers, including the Hormel Company, to create success for his customers and employers. He dedication to others created special loyalty that he cherished throughout his second career.

He was incredibly proud of being able to spend time at the family lake place on Dunn Lake near Trego, WI, where he spent as much time trying catch fish as he did coming up with stories about those that were caught and/or lost.

A beloved colleague, friend, customer, and vendor, Leroy’s love of life was shared with everyone he knew – from those he met for the first time to life-long friends. Quick with a joke and always there with a warm smile, Leroy’s love for others was truly special.

Leroy is survived by his wife Florentine, brother John, son Michael and wife Amy of Ellsworth, WI, daughter Maria Lancaster of Saint Paul her husband Dan, and her children Isaac, Gabriel, Simon and Miriam, son Christopher and wife Beth from Grant Township and their children Charlie, Violet, and Jack; and son Timothy of Saint Paul. He is also survived by two great-grandchildren.

After a funeral mass, Leroy will be buried in a private ceremony and a memorial service will take place at a later day because of COVID-19 restrictions. In lieu of flowers, please consider a donation to the St. Peter Claver Catholic Church.