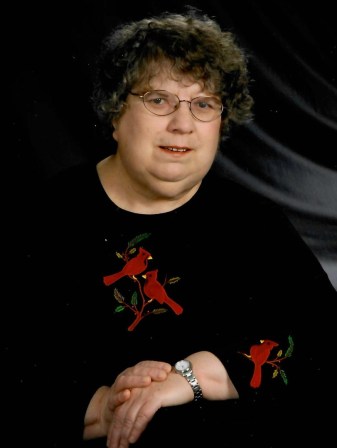 Lavene Marie Kurth, 73 of rural Austin, Minnesota, passed away suddenly at her home on Tuesday, February 23, 2021.

Lavene was born May 19, 1947 in Taopi, Minnesota to Willard and Esther (Rinnan) Dawson. She grew up in Austin and attended Shaw and Sumner Elementary Schools. Lavene graduated with the Class of 1965 from Austin High School, where she was active in Austinaires. She was well known in the community for her vocal talent. She went on to earn her LPN degree from Austin Vo-Tech in 1966.

Lavene began her nursing career at Rochester Methodist Hospital. She worked there until she was united in marriage to Glen Eugene Kurth on May 15, 1968. Lavene devoted herself to being a farm wife, homemaker, and mother to her children Marcia and Brad. Once the kids reached high school, she returned to work in home health care, then for Cashwise in Austin for 17 years until the store closed.

Lavene spent many years volunteering in Austin schools, directing children’s choirs, teaching Sunday school, and volunteering as an AWANA leader. In line with her work on the family farm, she served with the Freeborn County Pork Producers Association and the Porkettes Board. While her children were young, she continued to use her nursing skills by serving as a camp nurse for her church camp during the summer. She belonged to the Christian Women’s Society and participated in Community Bible Studies in the past. She sang in various church choirs and in community Symphony Chorus opportunities, occasionally featured as an alto soloist on special occasions. She was a faithful volunteer at church where the need matched with her abilities, always serving with a joyful heart. Lavene accepted Christ as her personal savior at age 5 and was baptized at age 8. Her greatest joy was serving the Lord. Her faith was embodied in her actions, nurturing foundations of faith not only for her immediate family but also for others around her.

One of her most treasured roles was that of grandma to her five granddaughters, and grand-sons and daughters-in-law. She supported her grandchildren with presence whenever she was able. Lavene will be dearly missed, as we entrust her embrace into the arms of her Creator.

She was preceded in death by her parents; father-in-law and mother-in-law Sahren and Nina Kurth; stepmother Margaret Dawson; sister-in-law Genevieve Kurth.

Visitation will be held from 4:00 to 6:00 p.m. on Friday, February 26th at Clasen-Jordan Mortuary. Private family services will follow with Pastor Mike Sager officiating. Interment will be at Rose Creek Enterprise Cemetery. Memorials preferred to the Hormel Institute in her memory. The family requests that masks, social distancing, hand sanitizing and all MN Dept. of Health COVID-19 protocol will be followed. The service will be live streamed Friday evening at 6:30 p.m. at the Clasen-Jordan Mortuary Facebook page, or clasenjordan.com.

State to vaccinate 70% of seniors before expanding vaccine…