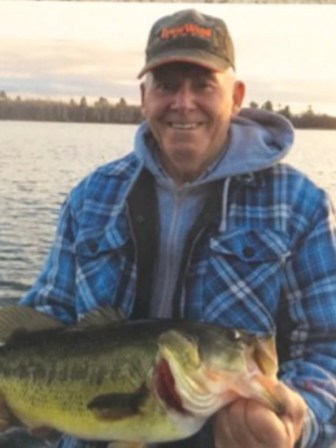 Harold Haskin, 80, of Backus, MN, formerly of Denver, IA, passed away on January 4th, 2021 at Abbot Northwestern Hospital in Mpls, MN due to complications of COVID-19. Memorial Services will be at a later date.

In 1960, He married Jeanne Marie Chase. They moved to Waterloo, then to Denver while starting his career with John Deere retiring in 1995. They had 3 children. Jeanne died in 2003. In 2006 he married Sharon Ann Fratzke and moved to Backus, MN where they lived a healthy lifestyle on a lake, enjoyed entertaining family and friends, traveling the world together and of course FISHING. He could fix anything and for sure had one or two of everything in the garage, somewhere. He belonged to St. Paul’s Lutheran Church in Hackensack. There he gained many friends and fond memories of volunteering to make lefse and maple syrup. We’re all going to miss him terribly.