An Austin man police believe fired several shots on Dec. 13 while at a Northwest Austin residence has received an additional criminal charge in the case.

Eric Lamar Starnes, Jr., 24, has been charged with felony second-degree attempted murder – with intent – not premeditated. He has pleaded not guilty. 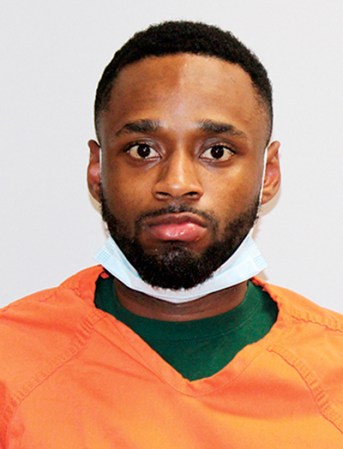 A witness reported he observed a large crowd of about 10-15 people in the yard and road in front of the residence and indicated that two black male subjects then began to shoot handguns. He described one of the shooters as very short in stature and said that he believed the males fired approximately six shots.

Another witness told police that a light colored SUV pulled up outside. He then heard a female say, “There they are,” and then there were about six rapidly fired gunshots, after which the SUV fled to the west.

Police located several spent shell casings scattered in the roadway in front of the residence as well as some blood droplets on the driveway. An officer had dispatch contact the hospital in case a gunshot victim arrived.

An officer asked the group of subjects if they knew why officers were at the residence. The report states Starnes said, “Yeah, I heard. Yeah I heard.” He then became confrontational with the officer while he spoke with other witnesses. All of the witnesses indicated that they knew nothing about the incident.

Police then maintained a perimeter until a search warrant was executed on the residence. While awaiting that warrant, a juvenile subject fled the scene and was apprehended hiding behind a parked vehicle in the 900 block of Second Avenue Northwest.

Austin Police Chief David McKichan said the juvenile, a 15-year-old male from Austin, was believed to be connected with the shooting.

The Austin/Mower Special Incident Response Team executed the search warrant due to the believed presence of a handgun and an additional subject tied to the shooting inside the home.

At approximately 3:56 p.m., a 2006 Toyota Camry arrived on scene. Police spoke with the occupants and the driver stated that his car was shot while at the party. He said he arrived and saw people fighting in the yard of the residence. He then said he was driving away and someone started shooting into the back of his vehicle. Once he was away from the area, he pulled over and observed bullet holes in his vehicle. An officer observed several bullet holes in the trunk area of the vehicle.

Another witness said he was in the Camry when he heard about eight gunshots. He said as he was getting into the car, a juvenile male pointed a pistol at him and his friends and said, “I’m going to kill you.” He said the juvenile then handed the pistol to another male, who began firing at them.

He described the shooter as a black male, approximately 23-years-old, with a short beard and wearing a red hat, a red shirt, black pants and black shoes. Starnes, who matched the description, was located inside the residence and taken into custody.

The witness looked at Starnes’s Facebook page and positively identified him as the shooter.

An officer was dispatched later in the day to the 900 block of Second Avenue Northwest after a man reported that he found a handgun in his neighbor’s driveway. The gun was a Smith and Wesson 9mm pistol. The serial number matched that of a pistol that was reported stolen in Freeborn County.

In addition to attempted murder, Starnes has been charged with felony second-degree assault – dangerous weapon. He has pleaded not guilty to that charge.

A pre-trial has been scheduled for Feb. 12.