Packers grind it out against physical Scarlets 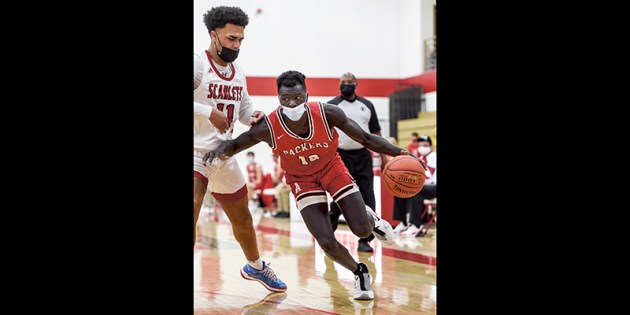 Emmanuel Manyuon drives off the wing during the first half against Mankato West Saturday afternoon in Packer Gym. Eric Johnson/photodesk@austindailyherald.com 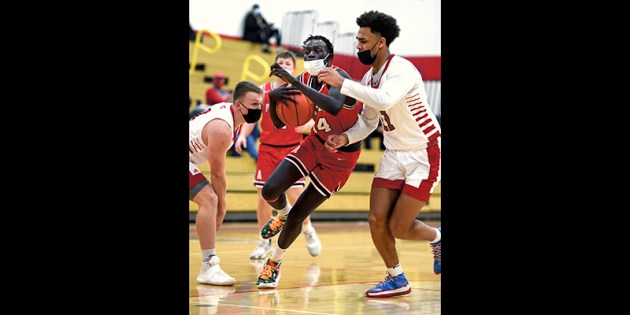 Austin’s Dieth Duop battles through traffic during the first half Saturday afternoon against Mankato West in Packer Gym. Eric Johnson/photodesk@austindailyherald.com 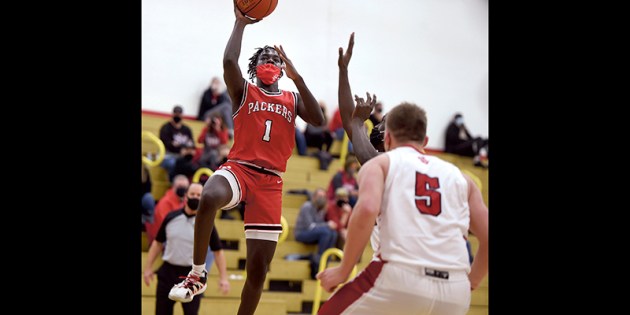 Austin’s Okey Okey with the runner during the first half against Mankato West Saturday afternoon in Packer Gym. Eric Johnson/photodesk@austindailyherald.com 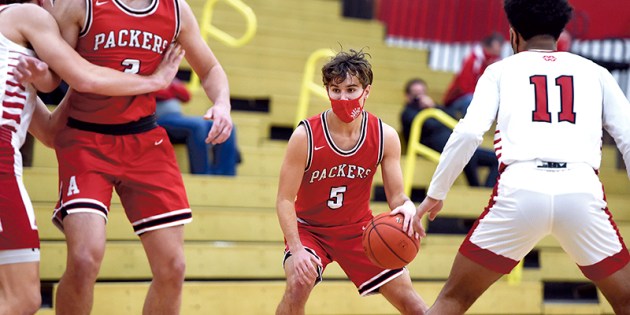 Austin’s Casey Berg with the ball on the perimeter early in the first half against Mankato West Saturday afternoon. Eric Johnson/photodesk@austindailyherald.com 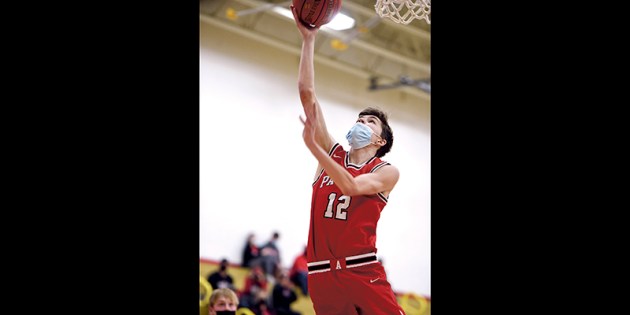 Austin’s Jordan Ransom with the underneath shot during the first half Saturday afternoon against Mankato West in Packer Gym. Eric Johnson/photodesk@austindailyherald.com

Austin junior Emmanuel Manyuon took on the bulk of the scoring load, but it was gritty defense and big rebounds that helped the Packers prevail over Mankato West by a score 61-52 on senior day in a boys basketball game in Packer Gym Saturday afternoon.

Manyuon put up 29 points on a variety of twisting, turning and explosive finishes to go along with his four three-pointers. But his most important play of the day came on a dish to Teyghan Hovland, who promptly converted a lay-up to put the Packers back up 57-47 with 3:11 left in the game.

The Scarlets (2-1 overall, 2-1 Big Nine) had used a 13-5 rally over four minutes to close within single digits right before Manyuon’s drive and dime.

“When Emmanuel and Okey (Okey) are scoring like that, there’s  a ton of other ways that me, Vic and anyone else can impact the game,” Hovland said. “We still haven’t hit our full potential and we’re not anywhere where we will be.”

Idris had just one point in the win for the Packers (3-0 overall, 3-0 Big Nine), but his presence was giant in the paint as he filled up the lane and made life tough for the Scarlets at the rim. Idris pulled down 13 rebounds and he blocked three shots.

“I want to help the team win and I’ve just got to play my role,” Idris said.

Manyuon, who didn’t play a lot of varsity minutes last season, is now averaging 24.6 points per game and the Packers have plenty of other options, who will likely find their groove as the season goes on.

“We’d like to get a little bit more involvement from our fours and fives, but there are going to be nights when Teyghan scores big and there will be nights when Victor is in double figures. It is what it is right now,” Fadness said. “I think Gage (Manahan) has probably been the most pleasant surprise right now. He’s really doing one excellent job of getting guys the ball. We’re ecstatic about Gage’s play right now. He’s come leaps and bounds from where he was last year. That starting five is as good as it gets. That’s a pretty good crew we’ve got. This was a really big win and against a really good team.”

Austin was able to start all five seniors to begin the game, but their court time was limited as the game was closer. Idris said the class has been great to the Packers.

“We’ve got to help them out and if it weren’t for them, we would struggle,” Idris said. “We’re all a family together.”