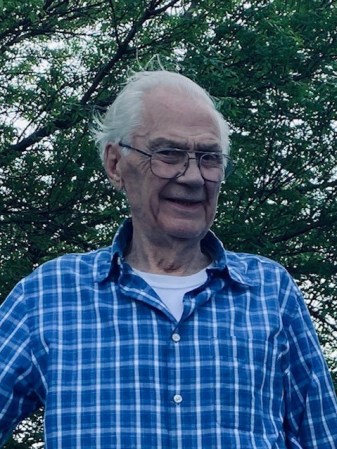 David Dale Buxton, 90, passed away in his home surrounded by his family on Thursday, December 31, 2020, in Austin. He was born in Austin Township, Mower County, on May 26, 1930, to Harry and Nina (Peak) Buxton. David was married to Mary Catherine Swatosh on May 2, 1948. The couple raised seven children together – he was a loving husband and father.

David was employed by the Hormel Food Corporation for 36 years in the meatpacking department and went on to work in many areas of the plant. He retired from the plant in 1985. After retiring, David partnered with his son and built EZ Storage, managing 49 rental units. He became the sole owner and operator and was active with the storage units until a few short days before he passed.

David was a member of Golden Gloves boxing. Amateur boxing was a big part of his life; he competed and won many matches. David went on to coach youth boxing at the Shaw gym in Austin for many years. He enjoyed the many youths he coached and spoke of them often. He enjoyed visiting his children out on the road, going to flea markets and collecting antiques with his late wife, and visiting his grandchildren. David will be remembered for his quick wit, smiles, and kindness.

Due to COVID restrictions, his children invite you to a celebration of life in late May time and place to be determined.