Carolyn Bogott: A talent for music

Sue Radloff’s talent for music was recognized in second grade by her teacher at St. Augustine School, Sister Genovefa, who asked Sue’s parents if Sue could begin violin lessons.

Surprised, as they were a family who played saxophone, her parents readily gave their permission. That was the beginning of a lifelong passion for music, extending into what for most people would be the retirement years. 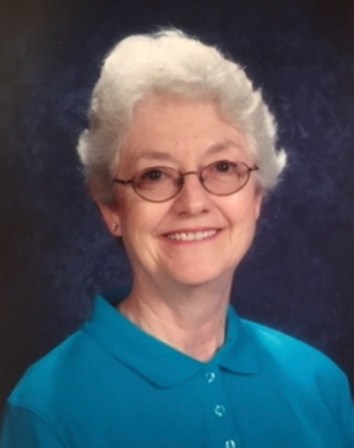 Currently, Sue plays in three orchestras — Austin Symphony, Rochester Symphony, and Winona Symphony. In addition, she directs the church choir and small orchestra at Westminster Presbyterian church in Austin and teaches at the McPhail Center.

Sue started giving private lessons while in high school. During her college years, while working on a degree in teaching at Mankato State University, she was mentored by William Star, who was the first person to introduce the Suzuki method of music education to the United States. Sue had the opportunity to use that method with kindergarteners and first graders in the demonstration school there.

During two summers while in college, Sue played in the Blue Jeans Philharmonic in Estes Park, Colorado. She worked as a motel maid during the day and rehearsed with this all-college-student orchestra from 9 p.m. to midnight every night to prepare two different concerts each week for tourists. Quite an intense schedule!

After graduation, Sue taught in Mason City, Iowa and then Madison, Wisconsin, before moving back to Austin in 1971, when her husband bought a business here. Austin Public Schools students benefited from her teaching for 30 years and then she went on to teach part time at Pacelli Catholic School for 11 more years.  Sue started playing in the Austin Symphony the second year after it was founded, and played with it through high school. She rejoined that orchestra when she returned to Austin and has been with them ever since.

She became concertmaster in 1986 and has served faithfully in that role up to the present. Just stop and think how many notes she has played, as well as how many students and audiences with whom she has shared the gift of music!

Sue believes that playing music is for everyone, not just those who have talent for it.  Music lessons teach motor skills, discipline and new ways to appreciate music to all students, no matter how much ability they have.  She says she has gotten satisfaction from teaching students who were only able to make limited progress as well as with those who became successful musicians. That is the quality of an outstanding teacher.

Her dedication to the Austin Symphony Orchestra does not stop with her musical contribution. For many years she has chaired the spring dinner and fall luncheon fundraisers for the symphony, organizing everything from the table centerpieces to the silent auction items and fashion shows.

Sue’s husband of 34 years passed away in 2003. Their daughters, Beth and Brenda, are also musicians and have played with their mother in a string trio since 1986. Brenda has two adult sons, Tristan and Ted.

Sue’s words of wisdom are, “Be grateful for everything you have in life and share generously.”  She certainly has set that example with her contributions to our community.  Thank you, Sue, for sharing your love of music with so many!