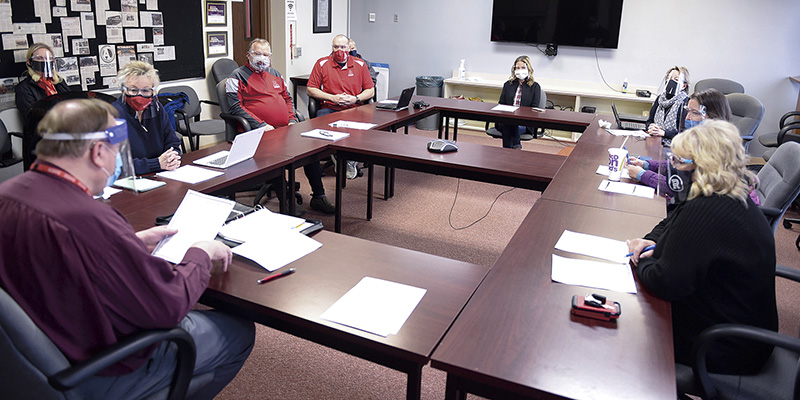 The Austin School Board met for the first time with all of its new faces Monday afternoon.

Cece Kroc and Evan Sorenson were both sworn in as new members of the school board along with Don Leathers, who won reelection.

Katie Ulwelling, the board’s other new face, was sworn in after November’s election because her race was to fill the final two years of Don Fox’s seat.

Monday’s meeting was filled mostly with procedural items that included choosing board seats.

Leathers advocated for the raise as an attempt to lure more diversity onto the school board in years to come.

“It’s incentive to try and find a little more diversity on the school board,” Leathers said.

However, Green argued against the raise, saying that the money was more of a stipend than compensation. She also raised concern of speaking for others later down the line without knowing what the district’s circumstances may be.

“I don’t think any of us can judge why (people) run for school board,” she said. “That’s a preemptive strike on somebody else’s budget.”

Both Goetz and Sorenson raised similar concerns of waiting so far down the line.

“I would feel more comfortable with an increase in 2024 when we have a better idea of what 2025 looks like,” Goetz said.

“I think we’re accountable to the public now,” Sorenson said.

No action was taken of the raise.

The Austin Public Schools Board’s next meeting will be at 5:30 p.m. on Monday.

Noon Kiwanis Student of the Month

Man allegedly pulls gun over lack of masks at…