Simon testified before the Senate elections committee during a remote hearing called by a former Republican secretary of state to review issues raised about the 2020 election.

Simon said he would gladly talk about the success of the election and its record turnout amid the COVID-19 pandemic, but he refused to discuss any of the conspiracy theories circulating about the election, because he believes they are dangerous. 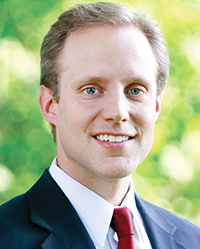 “Members of my own family have been the targets of harassment by people who seem truly to actually believe this stuff,” Simon said. “They seem truly to believe these corrosive fantasies that are out there being fed to them by people with large megaphones.”

Simon went further. He cautioned lawmakers and other participants not to even bring up any disinformation during the meeting.

“Any member, regardless of party or any testifier regardless of viewpoint who indulges that kind of recklessness, who tolerates it, who encourages it or even hints at it is, I must say, coating themselves in a shame that will never, ever wash off,” he said.

Simon stressed that his office has received no credible reports of fraud or voter misconduct. He said the state’s long record of election integrity continues.

Sen. Mary Kiffmeyer, R-Big Lake, the committee chair, denounced the threats made against Simon. She shared that she too received threats during her time as secretary of state in the early 2000s.

But Kiffmeyer, who used to hold the office Simon now occupies, stressed that the public has a right to inquire about the election system without having their motives questioned.

“The best way to get Minnesotans to have confidence in the process and the outcome is to respect those questions transparently and without accusations,” Kiffmeyer said. “Just simply answer and give us the information we ask for.”

President Donald Trump and many of his Republican allies contend that the election was stolen from him, although the president’s lawyers have been unable to provide evidence to convince judges in several states. Last week the Minnesota Supreme Court dismissed a lawsuit filed by Republicans that sought to overturn the certification of Minnesota’s election results.

Kiffmeyer told Simon via letter last month that she had heard from constituents about concerns with election integrity, including the accuracy of software used to count votes. She asked Simon to provide her with a long list of information about the equipment as well as details about the process for absentee ballots. Kiffmeyer was particularly interested in the court case and consent decree that temporarily eased some of the rules for such ballots.

Kiffmeyer was not satisfied with the answers she received during the hearing and said another one could come later this month.

“Let’s do an independent forensic audit of the system and put that to rest for all of us and restore that faith,” Howe said.

Pfizer vaccine moves closer to getting the OK in…