Rocky Hulne: Both Gach is delivering for the Gopher men 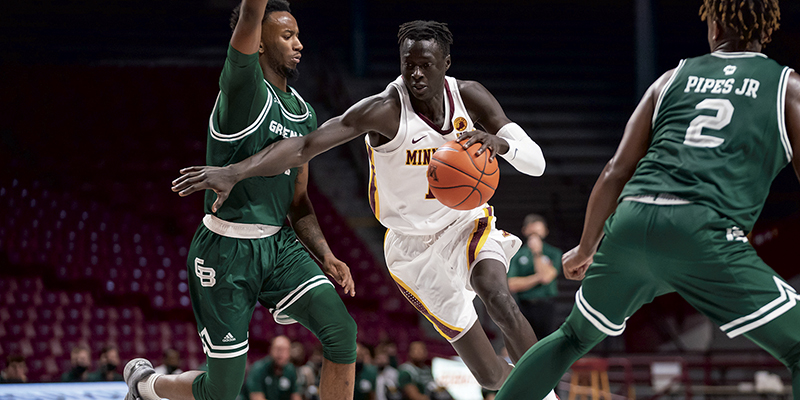 Both Gach. Brad Rempel/University of Minnesota

Austin native Both Gach is living a hoop dream that many Minnesota kids would love to experience.

After three years out West with Arizona Compass Prep and the Utah Utes, the former Austin Packer has immediately established himself as one of the top players for the Gophers, while making his hometown proud in front of a national audience.

In four starts, Gach has checked in every box you could imagine for a team player. He’s averaging 15.5 points, 5.8 rebounds and 4.25 assists per game, while shooting 57 percent from the field, 33 percent on three-pointers and 83 percent on free throws.

Besides filling the stat sheet, Gach has made winning plays, like tossing the extra pass, getting back on defense, and staying calm under pressure.

Minnesota’s wins have come against UW-Green Bay, Loyola Marymount and the University of North Dakota, which means the biggest tests for Gach and the Gophers still lie ahead. The Big Ten is stacked this year and the Gophers have dates ahead with top-25 ranked Iowa, Wisconsin, Illinois, Michigan State and Ohio State.

Instead of fearing those opponents, Gach is likely anticipating the opportunity of taking on some of the top programs that the NCAA has to offer. After all, when Gach was in Austin, the Packers took on some of the best teams in the state and he never backed down, whether he was the youngest player on the floor or going up against a player with much more clout. That relentless drive vaulted Gach to opportunities and the Division I world of college basketball and his enduring work ethic has put him in the starting lineup with his home state team.

As a Wisconsin implant who once cheered for Ron Dayne at Camp Randall Stadium, I’ve never been one to cheer for the Gophers. But as long as Gach is in the line up, I’ll be rooting for the maroon and gold on the basketball court.