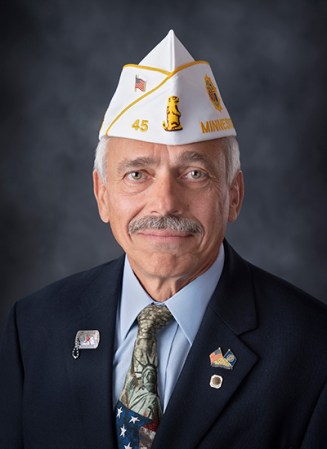 COVID-19 cases are high across the Midwest from Utah to Ohio. Each state has different methods to mitigate the spread of the disease. The disease flourishes nevertheless, regardless of rules in place.

Minnesota is surrounded by states where businesses are allowed to be open, yet Minnesota’s COVID-19 rates per capita are no better than others. (CDC on Dec. 8, cases per 100,000 last seven days: South Dakota, 97.7; Minnesota 95.2; North Dakota, 78.2; Wisconsin, 77.8; Iowa, 71.7.) This shows that heavy-handed responses do more damage. Is the shutdown of bars, restaurants, gyms and other establishments in Minnesota only forcing people to travel, thus causing a greater problem?

Please note the ruling from Federal Judge William S. Stickman in Butler v. Wolf in September. He found the mandates in place by Pennsylvania Gov. Tom Wolf only, paradoxically, caused greater spread. He said Pennsylvania’s mandates were forcing shoppers to big-box retailers, resulting in larger crowds and greater risk. Stickman also expressed concerns over the mandates violating the Equal Protection Clause of the 14th Amendment. Why can some places people spend their money be open and not others?

“Indeed, the greatest threats to our system of constitutional liberties may arise when the ends are laudable, and the intent is good — especially in a time of emergency,” Stickman wrote.

Many experts say these orders impinge on the Fourth Amendment’s guarantee of due process, too, as these shuttered businesses are being punished without fair treatment under the law beforehand. What kind of free country is this where the government can shut down your business operations without evidence of violations? China? Russia? No, Minnesota.

Then there is the matter of freedom of assembly, guaranteed under the First Amendment. People have the right to gather, with respect to the legal precedence of time, place and manner. The First Amendment doesn’t say it is OK to gather for a protest but not for, as examples, exercise, holiday meals or to conduct work. We believe the shutdown orders violate the Founding Fathers’ intent of this basic right.

Stickman wrote, “The liberties protected by the Constitution are not fair-weather freedoms — in place when times are good but able to be cast aside in times of trouble.”

Emergency powers do not mean a governor may cast aside constitutional freedoms. The Supreme Court ruled in 1934 in Home Bldg. & Loan Assn. v. Blaisdell that even in times of war, the strongest government interests cannot remove essential liberties. It was affirmed again in 1967 in United States v. Robel.

Gov. Walz, you would lead best by reminding Minnesotans about health safety — distancing, masking, washing hands, being smart about big crowds — not rules and fines that destroy livelihoods.

President Dwight D. Eisenhower summed it up best when he said, “Leadership is the art of getting someone else to do something that you want done because he wants to do it, not because of power can compel him to do it, or your position of authority.”

Curbing the spread of the virus is a matter of personal responsibility. I limit travel. I wear my mask in stores. I stay six feet apart. I want this pandemic to end like anyone else. But it should be because I am a responsible citizen, not because constitutional rights are abandoned.

In our American Legion Posts, we operate safely and within the guidelines because veterans, on the whole, believe in law and order. They follow the rules, even ones with which they don’t agree.

We aren’t asking for an end to all mandates. But we do believe you should reopen businesses, because closing them isn’t fixing anything. It more than likely forces consumers to available places and resulting in larger crowds, and it definitely is causing greater out-of-state travel. And there are many questions people have about the constitutionality of it all.

The second line of The American Legion preamble says, “To uphold and defend the Constitution of the United States of America….” The Constitution of the United States is the written bulwark of our free way of life and representative government. It is our guarantee of liberty, freedom, justice, and democracy. Members of The American Legion bore arms and went to wars to defend and uphold this document of freedom.

Let’s do better. You might find greater cooperation among your residents.