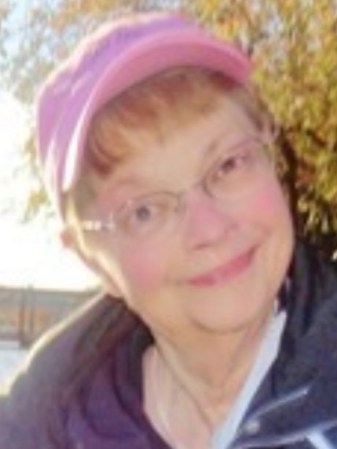 Eileen M. Burkhart, age 70 of Austin, Minnesota, passed away unexpectedly Sunday, December 20, 2020, at the Mitchell County Regional Health Center in Osage, Iowa. Eileen Mary Steinhoff was born to Phillip and Margaret (O’Neil) Steinhoff on March 20, 1950 in La Crosse, Wisconsin. She graduated from Aquinas High School in La Crosse, Wisconsin. Eileen then attended the University of Wisconsin – La Crosse, where she earned a degree in Psychology and English. On August 19, 1972, she married Philip Burkhart at the Holy Trinity Catholic Church in La Crosse. The couple moved to Wisconsin Rapids, Wisconsin while Philip taught music for 3 years. They then moved back to La Crosse, when Philip had a job offer at Aquinas High School and taught for 7 years. In 1982, Eileen and Philip moved to Austin, Minnesota, where she focused on raising their two boys. When her boys were older, Eileen began working as a social worker contracted by the county to work with adults with developmental disabilities. She was active with ARC Mower County now called LIFE Mower County. As a social worker she received an award from ARC for her service. Several of her policies were adopted at a state level. Eileen was involved in People Needing People at St. Olaf Lutheran Church in Austin and was on the steering committee for the Relay for Life of Mower County, after beating her battle with breast cancer. She loved to read and listen to her children and grandchildren play music. She spent a lot of time conversing and supporting her friends and family, especially through Facebook in the last year. In retirement, Eileen enjoyed spending time in nature. She loved fishing East Side Lake in Austin and the surrounding lakes for Bass and Sunfish. Fishing was her way of connecting with nature. Eileen’s grandchildren were her pride and joy. Her kindness, goodness, and strength uplifted everyone who knew her.

A private family service will be held. A celebration of life will be held at a later date. Interment will take place in Cedar City Cemetery, rural Austin, Minnesota. Worlein Funeral Home of Austin is assisting the family with arrangements. Condolences may be expressed to the family online at www.worlein.com.