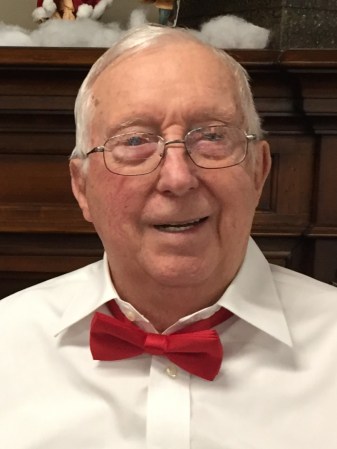 Don was born November 22, 1930 to Clarence and Oline (Anderson) Yanzer in Austin, Minnesota. After graduating from Austin High School in 1949 he enlisted in the Army and served during the Korean War as a Cryptographer. He was honorably discharged in 1952 at the rank of Corporal. He married his high school sweetheart Janice Weber on October 16, 1950 in Austin, MN, sharing the next 70 years until his death. After returning from Korea he worked at the Austin Daily Herald until 1962 when he moved his family to Minneapolis to work for Finance and Commerce as a Linotype Operator. After he retired, he worked and volunteered at Abbott-Northwestern Hospital in the discharge area. He was Mason at Compass Lodge in Robbinsdale, MN and a member of the Zuhrah Shriners. Don loved to sing. He sang in many church choirs, the Apollo Men’s Choir, the Zuhrah Chanters Choir and most recently in the Giving Voice Alzheimer’s Choir. Don loved to spend time at the cabin on Clearwater Lake with his family. Don and Jan have been active members of Valley of Peace Lutheran Church in Golden Valley, MN for 25 years.

Don was preceded in death by his parents, Clarence and Oline Yanzer, daughter Diane Merrick and grandson Ryan Burmis.