Two individuals who allegedly robbed the Freeborn Co-op in Lyle have received additional charges in connection to other area robberies. 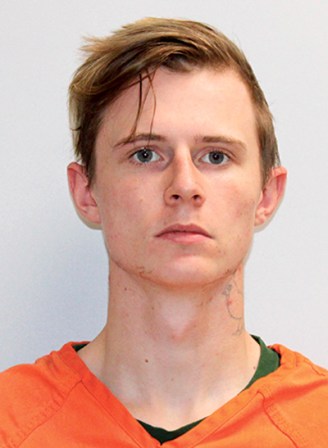 According to the court complaints, Austin police responded to an armed robbery at about 9:39 p.m. on Dec. 6 at the Apollo III gas station on West Oakland Avenue. While officers were enroute, they were informed that the suspect fled on foot and ran south from the gas station.

An officer made contact with the cashier working at the time of the robbery. He reported the suspect, who he described as “shady,” came up behind him, grabbed him from the back with his left arm around his chest and held a black knife, approximately 6-inches in length, to his right side and told him to open the safe and the register. He stated the suspect forced him behind the register, whereupon he opened the safe and register and the suspect grabbed the money and ran south from the gas station. He reported that the suspect took approximately $850 from the store and there was surveillance video of the robbery.

Officers searched the area and located money directly outside the west entrance of the gas station and on the south side of the building and in the parking lot behind the building that led in a southeast direction toward an open field. Three more rolls of coins were located on the edge of the grass field (southeast of the store). 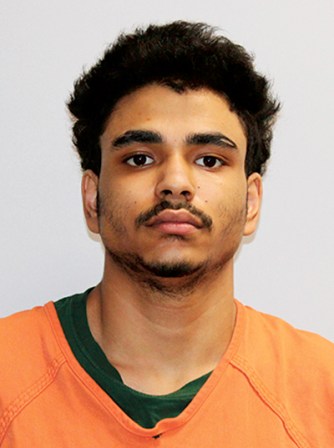 A second armed robbery was reported at about 8:50 p.m. on Dec. 8 at the Austin Dollar General. The cashier on duty reported that three male suspects were involved – one watched the door, one checked the store for customers and the other held a knife to her, demanded money and took money from the register. It was determined that $918.01 was stolen.

Mower County deputies were dispatched to a third armed robbery at about 9:34 p.m. on Dec. 9 at Corky’s Corner Convenience Store in Adams. A male employee reported that the first suspect approached the counter while a second and third suspect then entered the store, both holding knives, walked directly behind the counter and ordered the employee to open the register. He said the suspects took approximately $2,521 from the cash register, along with cigars and vaping devices.

A review of security footage from Corky’s Corner showed one of the suspects holding a knife to the employees lower back while he opened the register.

A witness reported that she saw the suspects flee from the store and to the alley just north of West Main Street. She said she was driving in the area when she saw two of the suspects get into a dark “older beater car” that was small, had four doors and was very dirty.

Police arrested Gogolewski and Davenport on Dec. 11 as suspects in an armed robbery that occurred at the Freeborn Co-op in Lyle just prior to their arrest. Gogolewski and Davenport were driving in a 1999 Honda Civic that matched the description of the suspect vehicle from the Corky’s Corner robbery and were placed under arrest when police learned they matched the description of the Freeborn Co-op robbery suspects.

Gogolewski was read a Miranda warning and agreed to speak to police. He admitted to being involved in the robbery of the Co-op in Lyle and gave a detailed statement of the planning of the robbery and the events of the robbery that matched the events viewed on the surveillance camera. He also said the stolen items were in the vehicle.

Gogolewski said that he, Patrick Harris Alston (who was also recently charged) and another adult man were involved in the robbery of the Dollar General. Gogolewski said he had a machete and he identified Alston as “the lookout.” He said they rode in Alston’s pickup and parked near the Dollar General, committed the robbery, and then left in the pickup. He said the three of them split up after that and he left the machete he carried into the store in the pickup.

Gogolewski then told police that he, Davenport and another adult male were involved in the robbery at Corky’s Corner. He said the decision to rob Corky’s Corner was a group decision and the plan was to “go in, get as much as possible, and get out.” He provided details regarding the planning of the robbery and described the robbery, which matched the events described by the victim and on the surveillance video.

Detectives showed photos of the surveillance footage to Gogolewski, who identified himself as the suspect who took money from the register while holding a knife toward the clerk. He then identified Davenport as the suspect behind the counter with him during the robbery.

Both will appear in court again on Dec. 28.