Alumni Update: Gach, Gophers make a push to the top 25

Austin native Both Gach and the Golden Gophers are rolling. 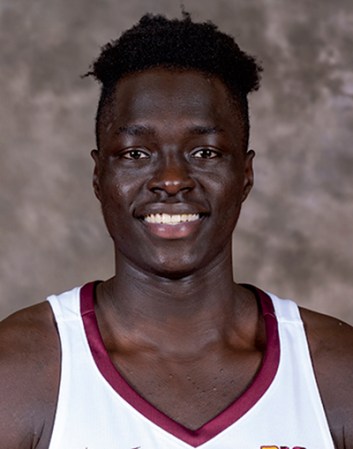 With Gach in the starting lineup, the Gophers are ranked No. 21 in the nation after beating Iowa 102-95 in OT and topping Michigan State, 81-56.

The junior transfer from Utah is averaging 11.7 points and 6.3 rebounds per game, while shooting 45 percent from the field, 36 percent on three-pointers and 83 percent on free throws.

Up next for Gach and the Gophers is a trip to Madison, Wisconsin, where Minnesota will take on the No. 6 ranked Badgers. The game is at 3:30 p.m. Thursday and will be broadcast on the Big Ten Network.

Austin grad Tate Hebrink and the Valley City State University Vikings have played just one game in the month of December, but they made it count as they beat Dickinson State University 94-68 on Dec. 13.

Hebrink had 12 points while grabbing two rebounds and two assists for the Vikings (7-1 overall) in that win.

VCU’s next scheduled game is vs. Oak Hills Christian College in Valley City at 3 p.m. Sunday.

LeRoy-Ostrander grad Trey Hungerholt has been seeing his first varsity action at Viterbo University this season as he logged six minutes and grabbed four rebounds for the V-Hawks (3-2 overall) in an 80-64 win over Cardinal Stritch University on Nov. 21.

Viterbo is scheduled to play at Bellevue University at  5 p.m. on Jan. 2.

Austin grad AJ Nywesh has played a pair of games for KK Vardar in North Macedonia this season. Nywesh is averaging 4 points and 3 rebounds per game, while shooting 33 percent on three-pointers.

KK Vardar competes in the Macedonian Superleague and the team has played four games this season.

Fett averaged 10.3 points and 6.2 rebounds per game last season and she was named to the Division II-Academic team and was on the NSIC All-Academic Team of Excellence.

Austin grad Abel Grebrekiros will get another chance to play Division I soccer at Gardner-Webb University this spring.

Gardner-Webb will play an eight-match season that begins on Feb. 18. The Big South championship semifinals and finals will be held April 12-18.

Koak puts up 43 in as Athletics topple Knights