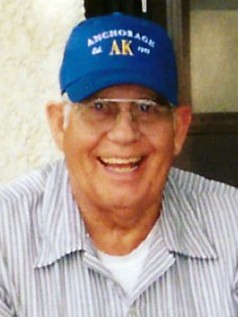 Wayne Arlo Swanson, a beloved husband, brother, uncle, and godfather, died November 1 from pneumonia while in hospice with his family by his side at the Mayo Hospital in Austin, MN. He was 86 and died just 24 days after his wife of 62 years passed away.

He was a humble man from humble beginnings with an extraordinary character. His generation’s experiences were part of historic challenges and achievements of magnitude the world had never before witnessed resulting in many of the freedoms and affluences we know today. These times instilled personal responsibility, duty, honor, and faith. Wayne exuded these traits as a role model to all around him. He was hardworking, meticulous, disciplined, reserved, and found purpose in everything he did.

Wayne was born on April 4, 1934 at his family home in Westford Township, Martin County, MN. He was part of the Fairmont High School Class of 1952 but left school at 16 before graduation to help his uncle Orval Hartwig on his farm near Welcome. He enlisted in the US Navy shortly thereafter and served for four years from 1953 to 1957.

He was stationed in Pearl Harbor, HI and served on destroyers and destroyer escorts with two cruises to the West Pacific which included stops in Okinawa, Japan, Hong Kong, China, and additional Pacific Islands. He served on the USS Epperson and spent four months in 1956 on the USS McGinty at the Pacific proving ground near Eniwetok and the Bikini Atoll as part of Operation Redwing. This Operation tested the new thermonuclear design of atomic bombs and other weapons. International law limited methods and weapons that cause unnecessary suffering and death and so the crew wore decimeters to test radiation exposure. He witnessed the fallout of 17 atomic bombs tested as part of the operation. He was discharged as an MM3 in October 1957.

Wayne met Mary Dauk at a dance at the Kato Ballroom while he was home on leave from the Navy. Upon his discharge, they were married February 15, 1958 in Lake Crystal, MN. They started their life together in Truman, MN as farm employees for the Waldemar and Hertha Becker farm until a steam engineer position opened in Fairmont, MN at the Fairmont Public Utilities where Wayne worked for 11 ½ years. At the same time, Wayne went back and earned his GED in 1968 which he was very proud of. He took additional vocational training for steam engineering to further advance his career. In 1970 they moved to Austin where Wayne worked for Austin Public Utilities for 34 ½ years as a Chief A licensed stationary steam engineer until his retirement in 1993.

Wayne enjoyed spending his time on woodworking, carpentry, and gardening. He enjoyed telling stories about his family’s garden and about helping his dad and sister on a victory garden down the road. They could harvest from the plot, with the rest going to the war effort to feed others. Wayne and Mary loved to take road trips and upon retirement spent many months a year traveling in their RV throughout the US and Canada visiting family and friends and sharing many adventures. They spent many summers in Alaska and a lot of time in Le Sueur with Mary’s sister’s family. Both Wayne and Mary were loved like parents. When he wasn’t traveling, Wayne enjoyed gathering with his fellow colleagues and friends for coffee at Kenny’s Oak Grill.

Those who knew him, deeply admired and respected him. He will be remembered for his integrity, discipline, pride of purpose, patriotism, and love of family. A Memorial Mass for both Mary and Wayne will be held at 11 a.m. Saturday, Nov. 28, 2020 at St. Augustine Catholic Church in Austin with visitation one-hour prior.