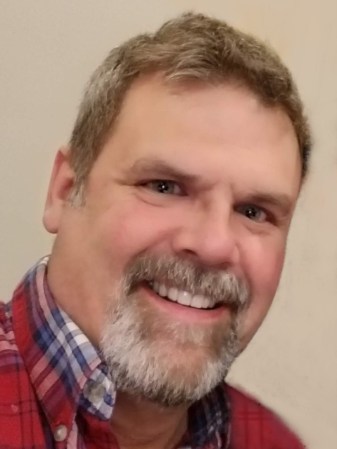 Steve R. Ellison, of Albert Lea, Minnesota died unexpectedly November 9, 2020 in Emersen, Nebraska. Steve Ross Ellison born January 20, 1965 in Kittery, Maine to Glenn V. and Dorothy L. (Price) Ellison. Moved to the Austin area when Steve was seven years old attending local elementary and Austin High School. He was a pressman for Schmidt Printing for almost 25 years. Also, a bail bondsman for All State Bonding for many years. He attended Riverland Community College in 2009, in the truck driving program. He currently drove for Heartland Haulers with his faithful sidekick, Bella. Steve was a member of the Austin area Jaycees, starting in 2001. He was a valued and very active member for many years. He was chair person for many projects. He was nominated and received awards for that service. Steve attended Alcoholics Anonymous and on November 16 would have received his 12 year chip. He was instrumental to some in their sobriety as well. A member of the Dry Riders Albert Lea Chapter. He loved riding his Harley Davidson motorcycle. A member of St. Olaf Lutheran church and the National Guard Armory in Austin.