A South Dakota man allegedly found in possession of stolen items and driving a stolen vehicle made his first court appearance on Wednesday in Mower County District Court. 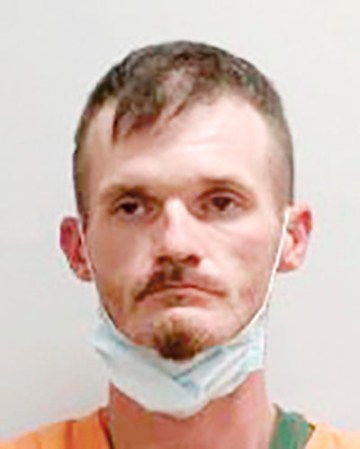 According to the court complaint, police were called about a man looking inside cars in the Austin Hy-Vee parking lot at about 3 p.m. on Nov. 2. An officer met with the caller, who described the suspect as a “skinny” white male with a goatee and a dark jacket. He indicated he saw the suspect take items from a 1996 Chevrolet Blazer and place them in a 2008 Saturn Aura with a Nebraska licence. He also said that the suspect had a large key ring with many keys on it, which he thought he might be using to get into other vehicles.

An officer located the Saturn in the Walmart parking lot and conducted a traffic stop. He made contact with Clay, who initially identified himself as “James Burchett” before giving his real name when another officer arrived on scene. Clay said he was attempting to evade the police because he did not have a valid driver’s license and advised that he had taken a shotgun from “a black Silverado” that was in the parking lot near the Dollar Tree store.

A juvenile riding with Clay told police they were on their way to visit family in Kentucky before moving to Florida. He also indicated that Clay had arrest warrants in Kentucky. Police then learned that the juvenile’s mother was on her way from South Dakota to retrieve him.

Officers looked in the Saturn and found a syringe, a pistol, and the sawed-off buttstock for a shotgun. They learned the Saturn was reported stolen in South Dakota and it was towed to the Mower County Law Enforcement Center pending a search warrant.

Later that day, the owner of the Chevrolet reported that several items had been stolen from his vehicle while it was parked in the Hy-Vee parking lot. The items stolen included:

• Other items of indeterminate value.

On Nov. 3, police executed a search warrant on the Saturn. They located several of the stolen items as well as a broken marijuana pipe, 12-gauge shotgun shells, numerous keys, several CO2 cartridges and two BB guns.

Clay will appear in court again on Nov. 13.

Man gets probation for soliciting detective posing as minor