On full display: Austin man not losing the Christmas spirit 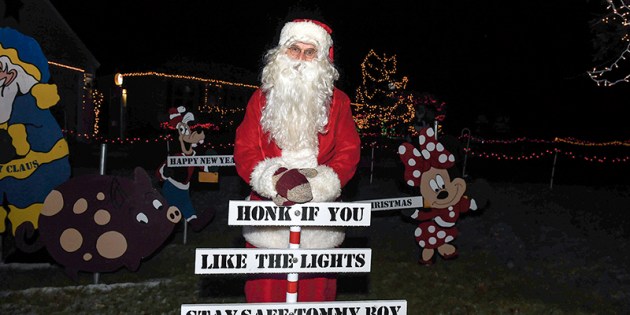 Tom Matyas isn’t letting COVID-19 take the joy out of Christmas. He is inviting people by this weekend to check out his display in southwest and giving children a chance to see Santa. Eric Johnson/photodesk@austindailyherald.com 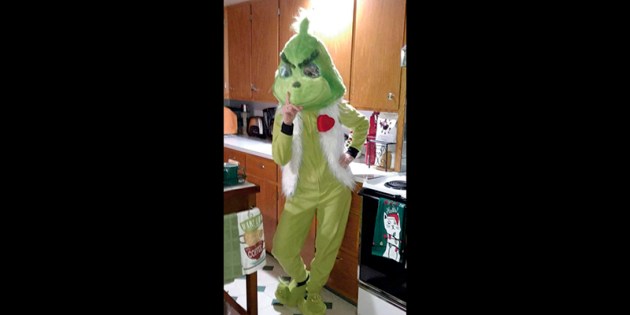 If you swing by Tom Matyas’ house this weekend then you could even see the Grinch. Photo provided 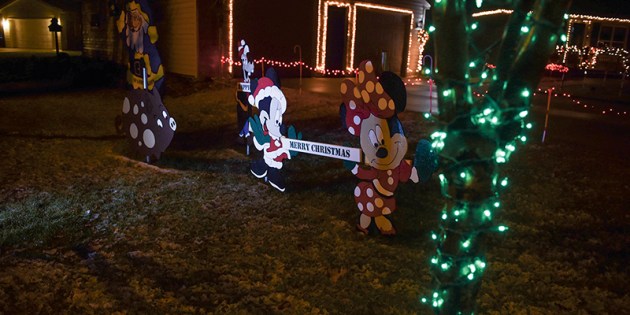 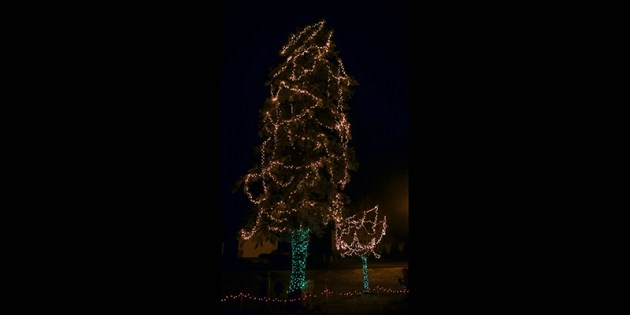 It’s hard to miss Tom Matyas’ Christmas display as the tall tree in his front yard is decorated from head to trunk. Eric Johnson/photodesk@austindailyherald.com 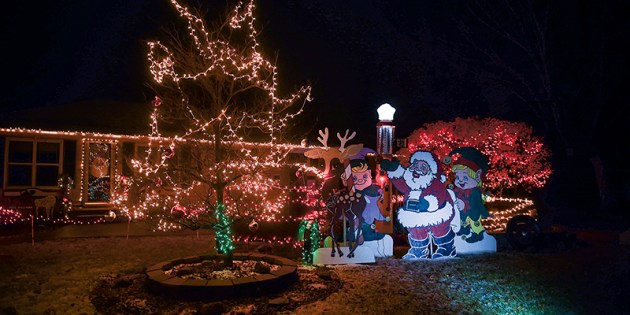 Nothng but festive fun at the home of Tom Matyas. Eric Johnson/photodesk@austindailyherald.com

Tom Matyas is not going to let the Christmas season slip away.

The Austin resident has made it his personal mission to keep the spirit bright as he has turned his home into a one-stop holiday home for area residents to visit. Matyas has decorated his home with 10,000 christmas lights and he has 13 self-made plywood cutouts – including Spammy Claus, a pig, Goofy, Minnie Mouse and Mickey Mouse to bring the Christmas joy.

“I’m a kid at Christmas,” Matyas said. “I’m a Christmas nut and I’ve won contests before, but with the virus holding things back this year, I wanted to go all out so kids come see Santa.”

Matyas will be donning his Santa suit and the Grinch may also make an appearance on Fridays and Saturdays at his Austin home. His plan is to turn the lights on at 5 p.m. and have them stay on until 11 p.m.

“The kids have to stay in their car because of the virus,” Matyas said. “All I want for Christmas is to put smiles on people’s faces and a gleam in children’s eyes. You can buy a gift, but they won’t remember that 10 years from now. They’ll remember the lights they drove by.”

Matyas has been decorating his house for years, but he went all out this year — even by his standards.

“Hopefully I don’t blow a bunch of fuses again,” Matyas said. “I’ve got them tied all over my garage.”

Matyas isn’t sure how many hours it took him to set up his light display, but he was thankful that his son, who owns Matyas Electric, let him use his boom truck to help put the lights up.

Matyas’s address is 1904 18th Ave. SW. He is hoping to keep the lights going throughout the Christmas season.