An Austin man allegedly found to be in possession of methamphetamine during a traffic stop made his first appearance on Tuesday in Mower County District Court. 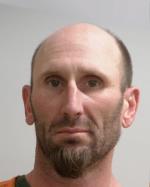 According to the court complaint, a Mower County deputy initiated a traffic stop on a 2014 GMC Sierra at about 7:08 p.m. on Oct. 4 after clocking the truck going 70 miles per hour in a 55 zone on Country Road 14. The deputy made contact with the driver, Merten, and noticed his pupils were dilated and reacted slowly to light. Another deputy arrived on scene and observed that Merten made fast, twitching body movements.

Deputies had Merten conduct four field sobriety tests, three of which he failed with one producing inconclusive results. Merten’s heart rate was measured at 116 beats per minute and he was arrested for driving while impaired.

The GMC was searched and the following items were seized:

Merten will appear in court again on Oct. 19.