Rebels coast past Cards to snap a four match skid 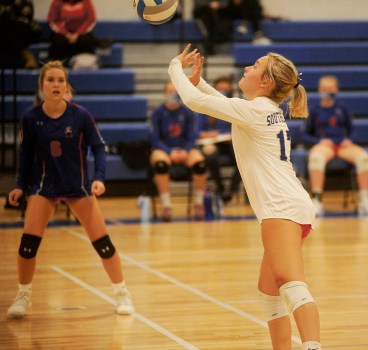 Kylie Kiefer makes a play in the back row for Southland. Rocky Hulne/sports@austindailyherald.com 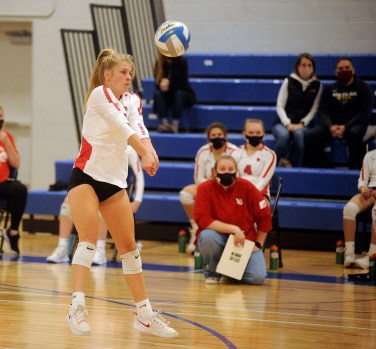 Jordan Runde makes a play on the ball in Adams Monday. Rocky Hulne/sports@austindailyherald.com 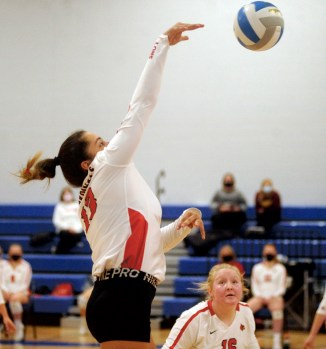 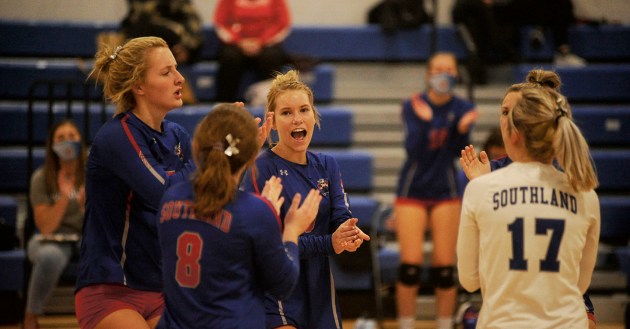 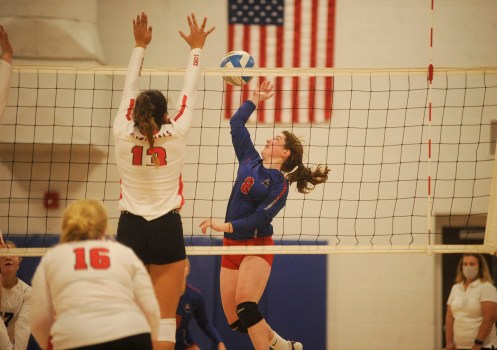 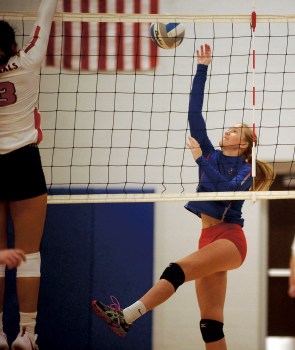 ADAMS – The Southland volleyball team snapped out of its funk as it got its back row and front row rolling in a win over LeRoy-Ostrander by scores of 25-11,25-23, 25-20 Monday.

Bailey Johnson hammered home 10 kills for the Rebels (2-5 overall) and Kylie Kiefer had 24 digs in the back row.

Johnson cranked up her energy and put down some big hits in the final game for Southland, which had lost four in a row.

Sidney Lewison had five kills for L-O, but the Rebels were able to keep every other L-O hitter in check as they stayed active throughout the match.

“We covered a lot of hits and we were pretty scrappy,” said Kayla Nelsen, who served four aces. “We were picking up what they were putting down and we weren’t allowing anything.”

Hattie Wiste served three big aces to help the Rebels take an 11-6 lead after trailing 5-2 in the second game, but things tightened up down the stretch. Kylie Welsh served an ace to bring the Cardinals within 22-21 and the game was tied at 23 after a Southland side-out. The Rebels took a 24-23 lead on a Cardinal rotation violation and the Rebels closed it out when L-O couldn’t return a hit by Southland’s Kelsey Mensink.

“Our passing was so much better tonight. Kylie Kiefer and Kayla Nelsen had a great night in the back row. When they pass, we can have any option on offense,” Southland head coach Michelle Nelsen said. “I think we were back at it tonight. We had struggled for a little bit. But now I feel like we’re more of a team and we’re talking a lot more.”