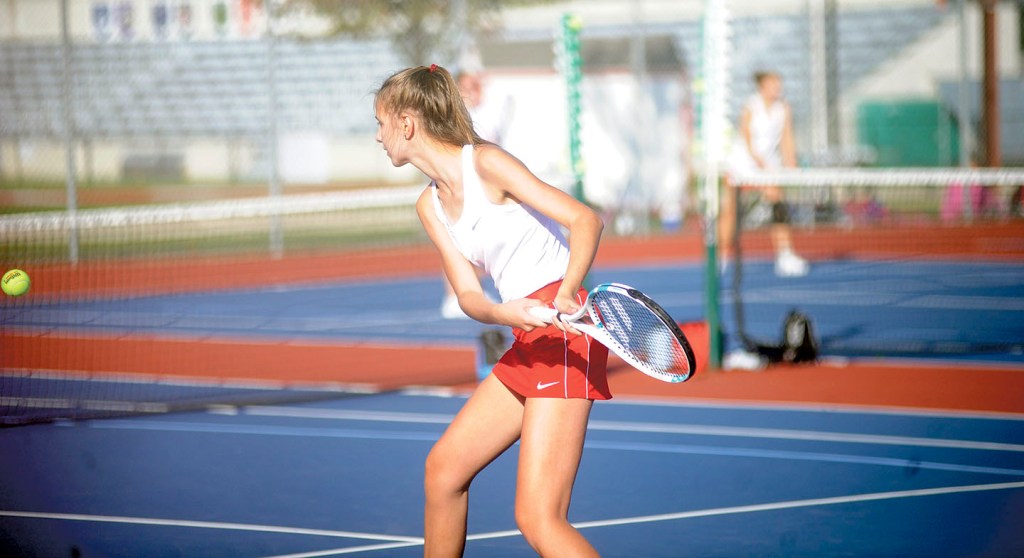 The Austin girls tennis team didn’t blink in the face of pressure as they beat Winona (3-6 overall) 5-2 to keep their season alive in a Section 1AA Tournament opener in Paulson Tennis Courts Tuesday.

Austin’s doubles teams went unbeaten against the Winhawks and the  No. 2 team of Siri Ansorge and Samantha Krueger had a routine first set, but they had a gut check in the second set as they were able to beat Velaina Kiesel and Josie Gunderson by scores of 6-2, 7-6.

Ansorge and Krueger were both able to stay composed as things started to get tougher in the second set.

“I feel really accomplished. We were off to a good start, but they started catching up on us,” Ansorge said. “We knew we had to really pull it together, stay focused and not let any of the small points get to us. We always say ‘one point at a time’ and that helped me get in the right mindset for the game.”

Krueger, who is in her first year on the varsity team, used many of the lessons that Ansorge has taught her this fall in the win.

“Siri has really inspired me and she’s been very helpful throughout the season getting me up there with her. We’ve pushed through it together,” Krueger said. “We really try to focus on staying calm between each point. We were able to pull through in the end.”

Ansorge said she’s grown accustomed to playing with Krueger and the two are usually dialed in together on the tennis courts.

“We’ve gotten so much closer,” Ansorge said. “It’s gotten to the point that on some points we don’t have to verbally communicate, we can just go by each other’s body language and go from there if it’s a switch or I need her to be back with me. we’ve really grown as a team.”

Kaitlin Meiergerd was dominant at No. 4 singles for the Packers (6-5 overall) as she beat Morgan Starzecki 6-0, 6-0 and Chloe Schmitt bounced back from a tough second set to beat Century’s Molly Heinert 6-2, 4-6, 6-4 at No. 2 singles.

“It felt really good to get a home playoff win. Winona has a really good team and we felt like that was a good win for us. Siri and Sam continue to play well in doubles,” Austin head coach Jeff Anderson said. “Chloe had to fight to win her match but she has played a lot of tennis and she has been finding ways to win matches lately.”

The Packers will advance to the second round of the Section 1AA Tournament, where they play at Rochester Century at 4 p.m. Thursday. 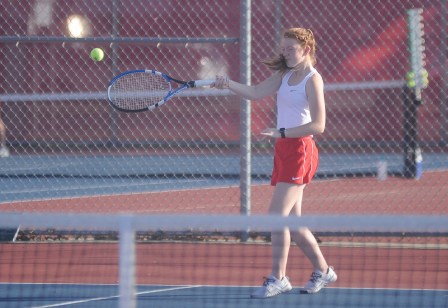 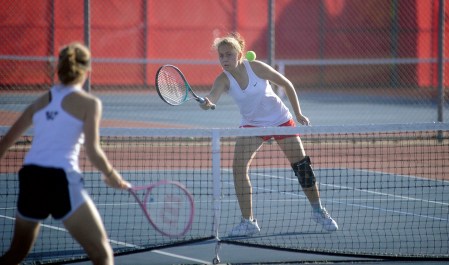 Natalie Haynes defends the net for the Packers. Rocky Hulne/sports@austindailyherald.com