Packers continue to push in the pool 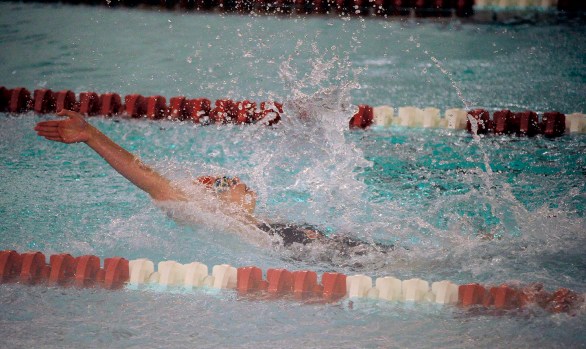 The Austin girls swimming and diving team put up some big performances as the Packers beat Faribault 98-79 in a virtual meet in Bud Higgins Pool Thursday.

Austin’s Madelynn Murley came out of the pool with a fist pump after she swam a time of 1:06.43 in the 100-yard backstroke. The time was good for second place, but it was just four-tenths of a second slower than Murley’s best ever time and it was just five seconds from Austin’s all-time record.

“My fastest time came after tapering at the end of the season and I’m almost there, already,” Murley said. “I’m pretty excited with that backstroke time for this year.”

Austin senior Molly Garry took first in the 100-yard freestyle with a time of 58.87 seconds, putting her just five second behind the all-time Packer record.

“I’ve been staying pretty consistent throughout these past couple of weeks and I’m trying to improve for the next one,” Garry said. “I’m just trying to get faster.”

Molly Sheehan won the 200-yard medley and the 100-yard breaststroke, but she was more impressed with her medley time.

“I was faster last week in my breaststroke, but I had a really good IM race tonight,” Sheehan said.

All of the Packers are aiming to get faster by the end of the month, especially Sheehan.

“I want to hit the state cut time this year and my ultimate goal would be to get a record on the board,” Sheehan said.