Owatonna woman pleads not guilty to aiding in drug sales

An Owatonna woman who allegedly provided transportation for a convicted drug dealer as he sold methamphetamine to a police informant made her first court appearance on Thursday in Mower County District Court. 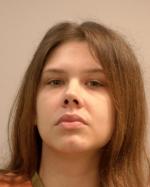 Athena Alizabeth Berg, 27, has been charged with felony first-degree drugs – aiding/abetting sale of 17 grams or more of methamphetamine within a 90-day period. She has pleaded not guilty.

According to the court complaint, narcotics detectives met with a confidential reliable informant (CRI) on May 13, 2019, about purchasing methamphetamine from Raul Alejandro Leon. The CRI was searched, provided with buy money and an audio transmitter, and monitored as he went to meet Leon at a location in the City of Austin. At the location of the drug transaction, police observed a 1997 Ford Taurus that was registered to Berg and saw that Leon was in the passenger seat. The CRI went to the Ford and got inside, where Leon sold the CRI some methamphetamine. The CRI then left the area, met police at a predetermined location, and turned over approximately 14.1 grams of methamphetamine.

The CRI advised that Leon sold the methamphetamine and Berg was the driver of the Ford. The CRI said that Berg was aware of the drug transaction and made comments about the drugs.

The detectives again met with the CRI on June 4, 2019, after he arranged to purchase more methamphetamine from Leon. The CRI was again searched, provided with buy money and an audio transmitter, and monitored as he went to meet Leon at a location in the City of Austin. While the CRI was waiting in the area of the drug deal, Leon approached from Berg’s Ford. Leon sold methamphetamine to the CRI, who then met with police at a predetermined location and turned over approximately 13.1 grams of methamphetamine. The CRI said Leon got out of the Ford, which was driven by Berg, and then sold him the methamphetamine.

Leon is currently incarcerated on a drug sales conviction.

A review of Berg’s criminal record shows prior convictions for drug possession, possessing a firearm with an altered serial number and possession of a weapon in a courthouse complex.

Berg will appear in court again on March 19.