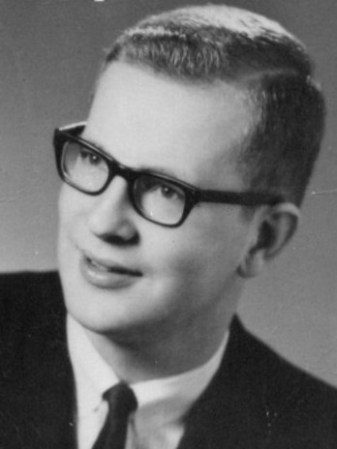 Larry G. Howard passed away unexpectedly on Saturday, September 19th at his home in Waipahu, HI. He was 77.

Larry was born to Carroll and Violet (Dufty) Howard on April 24. 1943 in Austin, MN. He attended Lyle Public School and graduated in 1961. He graduated from Austin Junior College, Mankato State College

and completed graduate work at the University of Michigan.

He signed up to teach overseas on U.S. Military bases. His first assignment was in Okinawa, Japan. His second assignment was in Germany where he met his future wife, Loui Ling, an elementary teacher. They were married on April 28, 1970. Larry and Loui also taught in Turkey, England, Norway and Iceland. Larry served as principal in several locations. After retiring, they moved to Waipahu, HI. They also had an RV in Minnesota and came back to take trips each summer and visit family. He volunteered and served on the board of directors at the Hawaiian Museum Railway. He was also a member of the local Rotary Club.

Larry is preceded in death by his parents, brother Richard Hull and brother-in-law Jack Kirchwehm.

There was a private family service at the cemetery in Hawaii on October 14th. He was buried at Hawaiian Memorial Garden Park Cemetery in Honolulu, HI. There will be a Celebration of Life service in Austin, MN early next summer.