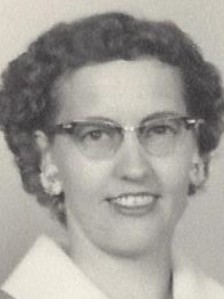 June was born on May 30, 1923 in Mower County, Minnesota to parents Ray and Hilda (Besser) Wright. She graduated from Grand Meadow High School where she loved to play basketball. She was inducted to the Minnesota Basketball Hall of Fame, received the Milestone Award at the National Girls and Women in Sports Day 2019, and was inducted to the Minnesota State High School League Hall of Fame with her team, the Grand Meadow Superlarks Girls Basketball Team (1929-1939).

June was loved dearly by all her family and friends! She will be greatly missed!

A memorial service is being planned for the spring, and will be announced at that time. Clasen-Jordan Mortuary is handling arrangements.