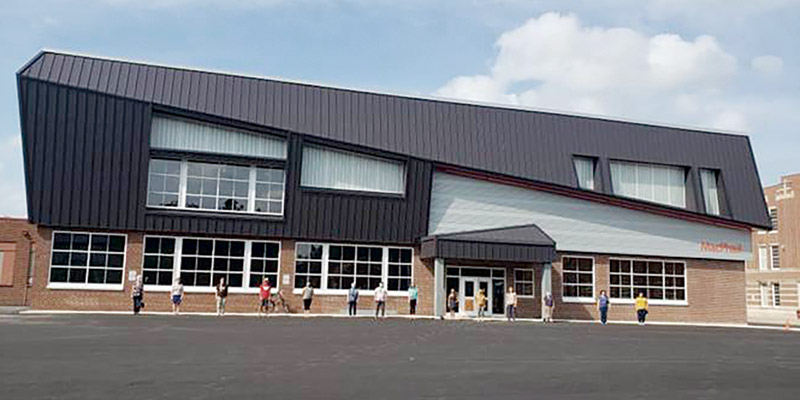 MacPhail Center for Music, in partnership with Austin Public Schools and support from The Hormel Foundation, announce the completion and opening of the new state-of-the-art music education center in Austin.

An open house to celebrate the grand opening will be held on Monday, Oct. 19, with performances starting at 5 p.m. and official ceremonies at 5:30 at 205 Fourth Street NW, Suite B in Austin.

The building signifies the community partnership that has occurred since MacPhail Center for Music, Austin Public Schools and the Austin community began working together in 2015.

A Music Therapy Studio provides a new resource for the Austin community. A Midi Lab allows for the use of electronic music keyboards to play and create. A beautiful recital hall and the Learning Stairs — a feature at the building’s center modeled after MacPhail’s Minneapolis location connecting the MacPhail and Austin Public School spaces — offer a community place to share music and learning with one another.

“The ways that the lives of students and the Austin community have been impacted by music education since MacPhail-Austin began in 2015 are too numerous to count, and we hear more amazing stories every day,” said Cheryl Berglund, Austin site director, MacPhail Center for Music. “We are so excited to have a beautiful new space that honors the strength of our collaboration with Austin Public Schools and The Hormel Foundation, one that will allow us to build these relationships, reach more students in this diverse community and make music for many years to come.”

Construction began in January 2019 under the direction of ATS&R Planners/Architects/Engineers.

“It is really rewarding seeing all the fruits of our planning and collaboration in a finished project,” said David Krenz, superintendent, Austin Public Schools. “It is unbelievable how the vision of The Hormel Foundation, MacPhail Center for Music, The Austin School District and the Austin Community can transform a 1940s utilitarian facility into a modern educational instrument for student learning.”

“This project is a marvelous example of what happens when communities come together,” said Bonnie Rietz, vice chair, The Hormel Foundation. “The caliber of music and music learning that comes from the students of MacPhail Center for Music and Austin Public Schools is amazing, and we are so pleased to have a space that matches that level of artistry and achievement.”