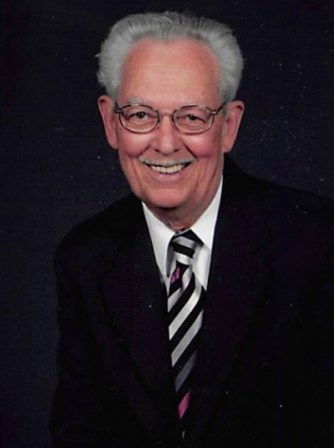 Harlan was born June 20, 1931 in Williamsburg, Iowa to Harvey and Pauline (Halverson) Joseph. The family moved to Austin, Minnesota when he was 11 years old.

He graduated from Austin High School Class of 1949.

He was united in marriage to Sondra (Sandy) L. Cooper on October 10, 1959 at St. Olaf Lutheran Church in Austin.

In 1974, he and his family were transferred to Louisville by Wilson Foods, who owned Fischer Packing Co., “the Bacon-Making People!” He retired in 1994 after 44 years. Getting bored with retirement, he started temp work; then was hired by Roll Forming in Shelbyville in 2000, where he worked until 2009.

He was an active member of Holy Cross Lutheran Church and the Stubblefield Repeater Club (ham radio), both in Shelbyville.

In lieu of flowers expressions of sympathy may be made to Kentucky Humane Society.