Double Dip: Sheehan is a state qualifier in two events 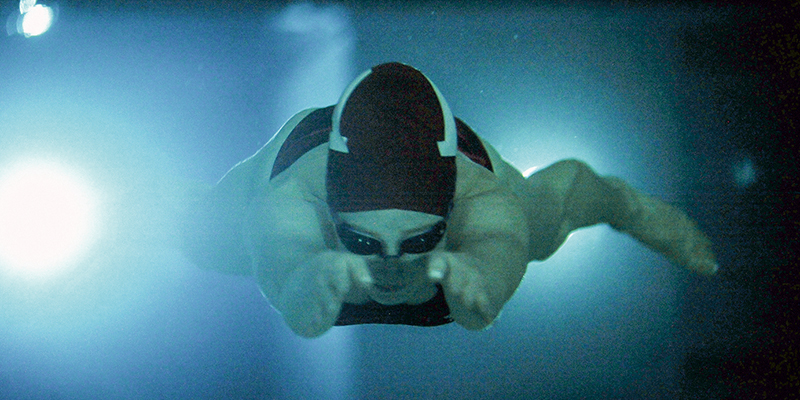 State qualifiers are often celebrated with parades, pep fests or at least a podium presentation.

Austin senior Molly Sheehan didn’t receive such treatment, but she is not complaining. Although there will be no actual state swimming meet this year, Sheehan earned the title of state qualifier when she took first in the 50-yard freestyle and second in the 100-yard breaststroke in the virtual Section 1A Meet. 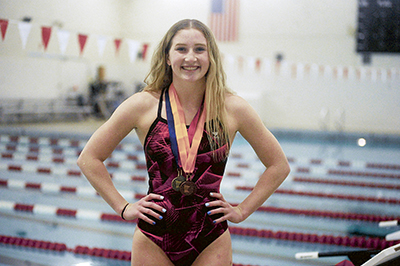 Austin senior Molly Sheehan recently put together a pair of state qualifying performances at the Section 1A meet. Rock Hulne/sports@austindailyherald.com

Sheehan swam a lifetime best time in both events and she came just a second away from the AHS school record in the breaststroke. After putting up those landmark times, Sheehan had to wait for the section results to pour in on Friday night. Shortly after the meet, she received words from her coaches that she earned state qualifying times in both of her events.

“It was such a surreal moment and I’ll never forget that,” Sheehan said. “Seventh grade me would never think that I would’ve been able to swim a 25-second 50. It was a huge drop. I just went into it and swam my hardest.”

In a normal year, Sheehan would be preparing for the state meet and concentrating on swimming faster. Instead she spent Monday afternoon saying goodbye to Bud Higgins Pool and receiving her section medals from head coach Alexa Dolan Peterson.

Sheehan wishes she had the chance to swim at the University of Minnesota Aquatic Center, but she’s taking solace in the fact that she did something no Austin swimmer has done since 2013.

“There’s nothing I can do about it, but I’m incredibly proud of myself for making it to state for the first time in a while for girls swimming,” Sheehan said. “I just think that represents the Austin girls swim team in the best way possible.”

Austin grad Maddie Mullenbach was the last Packer to compete in the state meet as she took ninth in diving in 2016. The Austin 200-yard freestyle relay team of Merideth Fritz, Heather Johnson, Maddie Kinney and Mikayla Finney were the last Packer swimmers to compete in state as they took 17th in 2013.

Sheehan is now thinking about swimming when she gets to college and so far she’s looked into attending the University Wisconsin-Eau Claire or University of Wisconsin-Madison next year.

“This last season truly made me find a love for the sport. Before the season, I didn’t think I was going to swim in college because I was ready to move on. This season proved to me that I should swim in college and the sport is right for me,” Sheehan said. “ I want to thank all of my teammates for pushing me this year.”