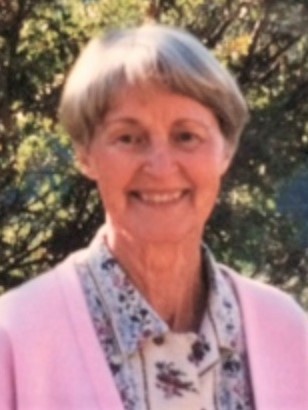 Astrid L. Brown, age 93 of Austin, Minnesota, passed away Thursday, October 1, 2020, at Gables of Boutwells Landing – Senior Living in Oak Park Heights, Minnesota. Astrid Linnea Svedlund was born November 1, 1926 in Denver, Colorado, the daughter of Emmanuel and Vendla (Johnson) Svedlund. She grew up in Denver and graduated from East Denver High School in 1944. Astrid then went on to attend Colorado State University. On January 10, 1948, she was united in marriage to Frank Brown in Denver. To this union four daughters were born. Aside from being a homemaker, Astrid was also a very talented organist. She played the organ for the First Congregational Church in Austin from 1972 until 1986. Astrid also belonged to the Music Performers Group and to the Symphony Study Group. Some of her greatest passions in life were playing organ and piano, reading, golfing, walking, hiking, letter writing, and sewing for her family. Astrid loved her family dearly and treasured her time spent with them. She and Frank took their daughters and later grandchildren and great grandchildren (and all the in-laws) to the same guest ranch in Colorado for 49 straight years.

A private family graveside service will be held on Friday, October 9, 2020 in Oakwood Cemetery in Austin. In lieu of flowers, memorials may be given to the Brian Schimpf Scholarship for paramedic students at Denver Health Foundation, 601 Broadway, MC 0111, Denver, CO 80203. Services are prearranged and performed by Worlein Funeral Home of Austin. Condolences may be expressed to the family online at www.worlein.com.