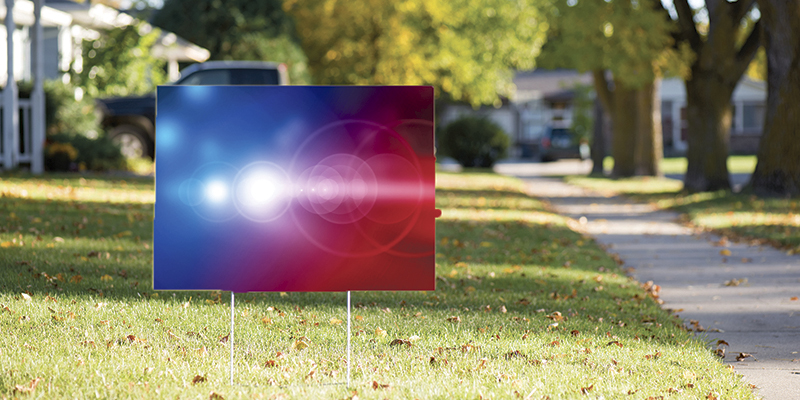 As the election looms closer, the Austin Police Department has taken many reports of political signs being stolen or damaged over the past few weeks.

Austin Police Chief David McKichan said there have been roughly a dozen reports, though he believes that sign theft and damage are crimes that often go unreported.

“This has affected both sides of the political spectrum as well as candidates for races not involving party affiliations,” he said.

Under Minnesota Statute, sign theft and damage falls under the categories of theft and criminal damage to property respectively. Both are misdemeanor offenses.

Unfortunately, catching those responsible has been difficult. According to Austin Police Capt, Todd Clennon, the APD has only been able to issue two citations for theft, both to juveniles.

McKichan is urging residents to be respectful of other people’s property.

“We should not use our political divisions as a reason to damage or take the property of others; those actions are criminal,” he said. “We are richer as a community the more people we have running for office. We also are better when we have more people who are actively following, listening, and participating in the process. Placing a sign is often a part of that. Attempting to silence political expression through the theft or damage of a candidate’s signage is something no one in our community should support or condone.”

A paradise of savings: New store, located in the…