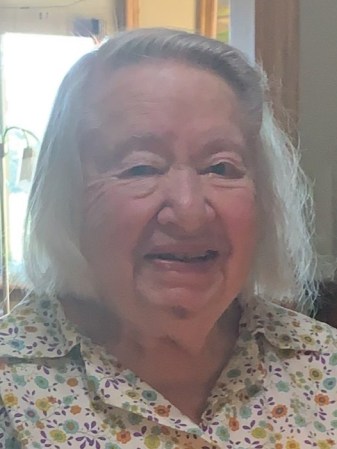 She grew up in Dover and Austin, graduating from Austin High School in 1947. She worked as a bookkeeper for almost 40 years until retirement, including 20 years for Hormel Foods.

Margaret married Robert (Pete) Condon on July 4, 1947. Their union was blessed with three daughters, Cheryl, Jo and Denise. She and Pete built their own house in Lyle in 1963, where Margaret lived until she moved to Monticello in 2016.

She enjoyed several hobbies, including quilting, needlework and stained glass. She looked forward to spending time and playing cards with family during holidays and summer visits to the cabin in Nevis.

She was preceded in death by her husband Pete; her daughter, Jo; her parents, her sister, Lois and her brothers, Homer, Donald, Kenneth, William and Llyn.

A private family service will be held Thursday, September 3, 2020 at 11:00 AM at the Peterson-Grimsmo Funeral Chapel 250 E. Broadway in Monticello, MN, with visitation prior to the service from 10:00-11:00. Interment in Oakwood Cemetery in Austin, MN will follow the service. Arr. Peterson-Grimsmo Chapel 763-295-2918 www.peterson-grimsmochapel.com