George A Hormel looks back at public school

School is just beginning for many, and in this era of global pandemic it looks different.  I was going to say that the overall goals of school remain the same.  But then I looked up the goals of a public school system and found that there is actually a huge divide between how people define that goal.  Are schools meant to allow youth to grow academically, to work toward a future career, or to learn how to be good citizens? 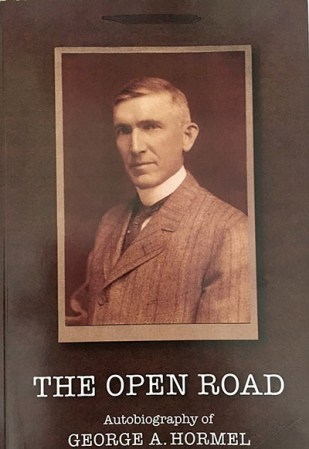 Maybe this debate has been going on for years, but when George Hormel was writing his autobiography, he reflected on his own public school experience as a gift now taken for granted.

He said his hometown of Toledo, Ohio, had no clean or paved streets or well-kept parks, but it did have a public school system.  “Many an American city, far bigger than Toledo, offered no such advantages to all its junior citizens. In other places, we were reminded, they either went to private schools or were “charity pupils” in semi-public schools, unless their parents were taxpayers. Yes, it may seem strange to people born only a few decades later, that in America, less than seventy years ago, education was largely a monopoly enjoyed by the privileged few.”

George was fortunate to grow up in a family that valued the educational resources that were available to them. Toledo had no city-maintained or endowed libraries, but access to books was important to the family.  George’s father subscribed to the “Youth’s Companion” for his family, and from a church lending library, they had a copy of “Uncle Tom’s Cabin” and other popular books of the day. George recollected that the family’s reading material stressed ideas demonstrated by his parents which helped establish a consistent foundation of family values.

As George grew up, he gained an appreciation for the writing in local newspapers including Toledo’s Blade publication.  George’s father greatly admired the Blade’s part owner David Ross Locke for his staunch belief in the democratic way of life. The writings of Locke and those in the Bible were also foundational in George’s formative years.

In essence, life itself is our unstructured public school system.  We learn from people, events, and the written word much like George Hormel did.  But we should be grateful for the structured system that now exists to guide all learners and embrace it for whatever it teaches — academics, career skills, or good citizenship.

George and Lillian Hormel had a passion for books and we will be honoring that passion with a study of George’s autobiography, “The Open Road.” Along with Sweet Reads Bookstore, we are hosting an in-person and virtual book club beginning Monday, Sept. 14.  We will explore, chapter by chapter, the thoughts and reflections of GAH.  For more information, visit www.hormelhisotrichome.org or call 507-433-4243.

Join in person or virtually as we discuss the life and experiences of George A. Hormel as told in his 11 chapter autobiography.  Pre-registration required on website. $5 per session or $45 for whole series. Register at www.hormelhistorichome.org. 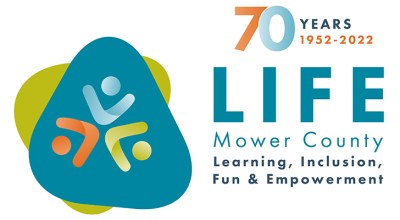