Flipping the switch to fall 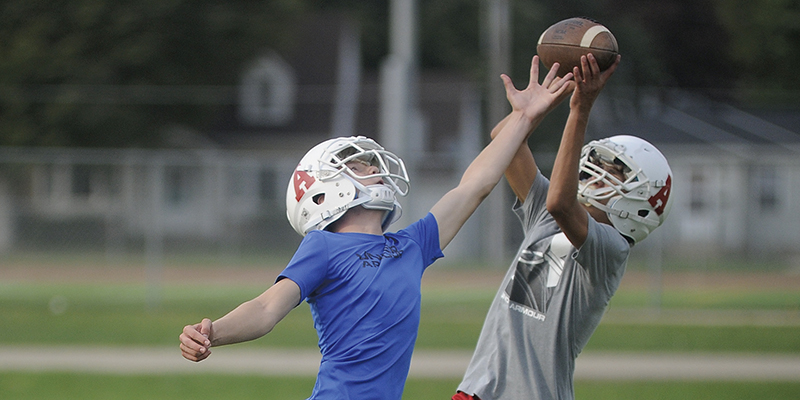 Austin senior Teyghan Hovland is used to playing musical chairs with the sport he happens to be playing, but usually he knows the schedule.

Hovland, a St. Cloud State baseball commit who plays football, basketball and baseball for the Packers, was one of approximately 20 players on the field Monday after the MSHSL announced that football and volleyball will be played this fall. Hovland and his teammates were a bit surprised when they found out their season was rolled back from March to Sept. 28 and they now have their eyes on playing their first game on Oct. 9 or Oct. 10. 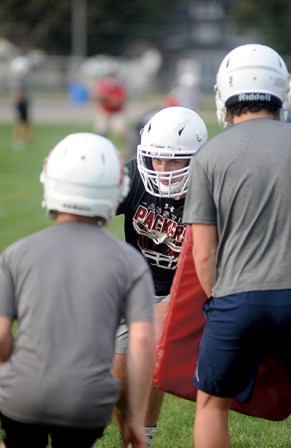 “It’s good to have football,” Hovland said. “Especially from my perspective, I just get to stay in shape and be around these guys. For some of these guys it’s a way of life and it could be their way into college. I’m pumped for them and hopefully we can go out there and win a couple of games and enjoy it while it lasts.”

The Packers will have to work quickly to prepare for the season as they didn’t put on pads all summer and the school’s weight room still isn’t open. Some players were working jobs and must now make room in their schedule for a season that has popped up out of the blue.

Austin head football coach Ed Schmitt said he was ready for the switch back to fall when the MSHSL’s special meeting was announced last week, but there are a lot of moving parts and safety procedures to figure out in a short time. Schmitt wants to make sure the athletes are safe from overexertion and he also wants to keep the team in line with COVID-19 protocol.

“There’s a lot of unknowns and we won’t have a lot of practices for conditioning,” Schmitt said. “The kids are being good with it. They’re working out at home, they’re working out at the Y and they’re doing cross fit. That’s a good thing, but you always worry about the young guys and you want to make sure they’re safe.”

Austin senior Ethan Owens had an extra hop in his step in practice on Monday and he is excited to get on the pads again. He said he has no concerns of playing during a pandemic, but he is set on building chemistry when the Packers finally get the entire team together for practice next week.

So far, Austin has not met as a group as practices have been split into pods.

“I’m really excited to get started. I was disappointed when it was moved to March. I was way more excited today knowing that our season is starting up next week,” Owens said. “We’re going to start working together as a full team and try to build some chemistry.”

Austin Activities Director Lisa Qwednow said that bringing volleyball and football back on short notice is a challenge, but she and the other athletic directors in the area were ready with a plan.

“When you work with people that are planners, we always have plan A, B and C. We met as a Big Southeast last week and we made a (football) schedule. I feel pretty good about that,” Qwednow said. “Ultimately if we’re here to work with kids, I’m glad they’re going to play.”

While some answers have been given by the MSHSL, there are still many questions that remain. There will have to be decisions made on how many players can be in a bus, how players can watch film together when locker room access is limited and how practice will be handled.

“Some kids are really excited and some would have rather had it in March, we would have more certainty with playoffs. It’s a lot of mixed emotions,” Schmitt said. “It’s going to be interesting, to say the least.”

Football games will be limited to 250 fans this season and volleyball will be played without fans.