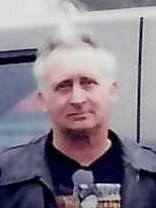 Don was born on November 9, 1934 in Austin, Minnesota to Nick and Selma (Hendrickson) Hummel. He grew up in Austin and attended Austin Public Schools. After high school, Don served in the US Air Force as an aircraft mechanic from 1953-1957. He was a firefighter for the City of Austin for many years and also owned and operated D&H Cycle. Don was married to Patricia (Peck) Hummel for 61 years, until her death last year.

Patricia and Don enjoyed traveling in their motorhome. They liked spending time outdoors going for boat rides, motorcycling and snowmobiling.

He was preceded in death by his parents; daughters, Mary Lou Schwartz, Karen Christiansen, and Dona Hummel and brothers, Richard Hummel and Nick Hummel, Jr.

A memorial service will be held at 1:00 PM on Saturday, October 3rd at Clasen-Jordan Mortuary with Chaplain Barb Schunke officiating. Interment will be at Lansing Cemetery. Visitation will be one hour before the service on Saturday.